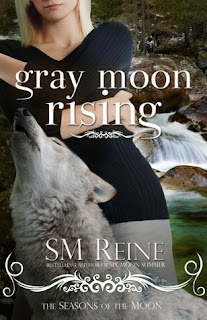 
Summary
It’s been almost a year since Rylie Gresham was bitten by a werewolf on Gray Mountain. Now something is beckoning her back to the place she was attacked, along with every other werewolf in the world. But they aren’t the only ones heeding the call. A group of hunters notices them gathering and sees it as their chance to wipe out the entire species.

Seth is about to graduate high school when he learns of the final hunt. He secretly plans to save Rylie and his werewolf brother even though he has to play along with the hunters to do it. But Rylie doesn’t want to be saved. She’s already decided to solve her problems with a silver bullet if answers aren’t waiting on Gray Mountain.

One way or another, everything is about to end—whether it means Rylie’s liberation or the end of her life…

My Thoughts on the Book
WARNING!! This is a review of the LAST book in this series. May contain some spoilers!

This final book of the series was fantastic! I couldn’t believe how it ended, and I’m quite happy with the ending that was given. There was a lot of struggles to make it to have a happy ending, but I do wish that the series was a little longer.

Rylie really grows through the series. As the series progressed, Rylie had grown to hate her wolf. In this last book, she has reached a deep depression over what she is. From the moment she first became a werewolf, she has not enjoyed it. However, with the help of her boyfriend Seth, it has been liveable till now. In the past, as she struggled to control her werewolf, she had tried running from him, but Seth still cares for her and will always love her. By the end though dispite all that has happen she learns to accept who and what she is.

Seth doesn’t think of himself as a hunter in this book, due to his relationship with Rylie. He can’t stand the thought of harming werewolves. His dedication for Rylie extends as far as him going with the hunters with the purpose of trying to stop them. However, his mother is along the hunters, it’s dangerous for both Rylie and Abel, his brother.
Abel is actually a lot nicer in this book then in the previous books. It made me like him a lot more and wish he had his own book so I can see if he finds someone to love him. He does help Rylie a lot in this book, by keeping her calm when she starts to lose control, and also keeps her safe from the hunters. He’s a really great guy and I wish there was more of him.

This book series isn’t all flowers and happiness. It's about being a wolf and having a curse, a curse that could cause the wolves to hurt people. Something is calling every werewolf in the world to Gray Mountain. They have all been having strange dreams and they need to get to that place. This book I found better then the others for all the action it has in it as well as guessing what’s going to happen to Rylie and Abel as they try to escape from the hunters who are trying to wipe out ever werewolf there. Not to mention a little mistake Abel says about Seth that causes Rylie to doubt her boyfriend.
You will enjoy this last book of the series as much as I have believe me it’s well worth it being the last book, making you wish there was more.