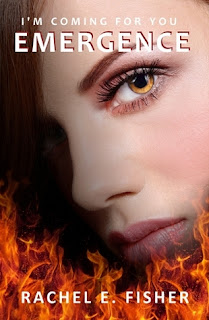 Summary
"I promise you, Sean. We're going to stop them."

The pieces on the board are in motion and with both sides gathering strength, each move will be critical. When the Truthers make a play for checkmate, the Seeders are forced to respond. Fi and her companions will face greater challenges and higher stakes than ever before, because this time if they fail, it's for keeps.


Review (To be edited soon)

I’ve never thought I would be looking forward to the ending to a series as much as this one. This dystopian novel drew me in from the start with it’s believable story of how a world changed by just having a few changes done to food we grow.
This book picks up where the last book took off, where Fi, Asher, Sean and Sarah are getting back to Eden. This time they find out something is wrong and the Truthers are behind it.  I never thought I would hate a bad group of people as much as I do with the Truthers. They cause so much trouble for Fi and the gang that the ending is everything you hope to read. What surprised me the most of the plot was the help they got from lots of people. Not just the normal people they talk to on the walkie talkies but people they’ve never seen before. Plus a man who we first saw in the first book but never thought to see him again. Not to mention a five years later part will leave us all happy for Asher.
Fi has always been strong from Eden’s Root to Seeds of War, but in the newest and last book of this series we see a new side of her. Might be because she’s pregnant, but it doesn’t slow her down.  Until they reach Eden then all hell breaks lose and it looks like Fi is at her weakest point we have ever seen her. She can only think of the worse things possible causing both her to break and Asher not knowing what to do. It’s Sean who really surprised me as he picked up the lead role and lead both him and Sara Off to find the missing Eden members.
Though I’ve come to love Fi and Asher and the rest I know this book had a great ending that made me happy. I just hope this world never happens I would like to think we can continue living in a world where the food we eat doesn’t lead to disease. I’m diffidently going to read more from this author.
Rating
5 out of 5 Howling Wolves