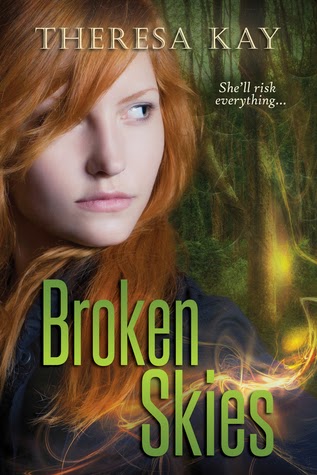 Summary
Today, the aliens took my brother and I will do anything to get him back.

Until recently, the E’rikon have remained segregated in their city and ignored the few humans who have tried to engage them… but now they have taken Jax’s brother. To rescue him, she forms an uneasy alliance with a teenage E’rikon left stranded in the woods. She agrees to guide him to the city if he sneaks her past the human-proof barrier. Too bad it’s not that simple.

Jax, who cannot stand to be touched, finds that she’s drawn to the alien boy with bright green hair and jewel-like scales on his back. And he’s equally affected by her, the courageous redhead with haunted eyes. But she doesn’t know the alien’s true motives and he has no idea that she is much more than she seems.

With the aliens and the humans at odds, the connection forming between the two teens has consequences. What started off as a rescue mission sets a chain of events in motion which threatens not only the remaining humans and the growing alien society, but Earth itself.

Review
Dystopian and aliens mixed into one story always makes a awesome book series. Broken Skies is amazing story full of adventure and even some romance. I just couldn’t put this book down and I’m glad I read it.

Broken skies takes place in the future where half of man kind has almost disappeared due to a event that happen in the past. Now they are trying to grow they’re population alongside aliens that also now live on earth, and the two of them don’t get along which brings in a great plot to the story.
Our main character Jasmine prefers to be called “Jax” is one interesting character. She may seem strong at first but you can see that she isn’t. Due to something that happen in her past she is frighten of being touched. But that doesn’t stop her from trying to be normal (well as normal as she can be). Throughout the story you can see how she becomes stronger and less broken. With the help of the alien Lir she starts to become someone who doesn’t mind to be touched. She does have some trust issues that I hope gets solved one way or another.

Lir is a great person and despite not knowing Jax he needed her to get home. He’s quite but at times you can see his personality show more towards Jax then anyone else even to his family. Between the two of them the romance is cute and slow. It a great bond that I hope to see more of in the next books. Despite how great he is Lir really needs to tell Jasmine everything and not keep things from her. That ending was just crazy.

I really recommend this story to people who love books with Aliens. I’m so excited for the next book in the series because seriously Jax frighten me a little at the end of this book.

Posted by Unknown at 3:37 AM No comments: