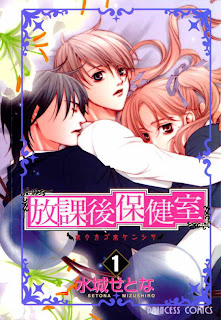 
Summary
Like most teenagers, Mashiro Ichijo has a secret. But Mashiro’s secret is that he’s neither fully male nor female! So far, Mashiro’s been able to live his life as a boy, but all this changes when he’s informed of a new class he must take in order to graduate from his elite prep school. To pass, he must find the “Key”…and the only way to find it is to enter into a nightmare world where his body and soul are put at the mercy of the worst kind of enemies: his classmates!

My Thoughts on the Manga
Another warning is that this manga has extreme personal issues raging from rape, transgendered a few other things.


Just a small warning this does have some transgendered situations, if you can't stand the thought of that just avoid this manga but your missing out on a great story. This is my second transgendered manga I've ever read and both had a character who is struggling with him/her self. When I began reading this manga I thought it would be yaoi but it turned out to be a shojo manga. This manga had so many twists and turns I just couldn't stop reading, it took me only 2 days to read 10 volumes of this manga.

Each character in this manga had it's own problems they are dealing with. One character she grew up in a house that her father always yelled at her mother, she was also raped when she was a little girl, so she grew up hating men. Another character Mashiro Ichijo is transgendered not knowing whether she should be a girl or boy. Another character see's something that isn't suppose to be there. They are all connected in this game to find their true selves. The three main characters you will learn to both love and hate at the same time, only when you read this manga series will you know why.

The plot is the most epic thing I've ever read, if you don't mind the harsh background stories of the characters it is really good. You see how the characters come together and try to help each other out over their personal problems. I didn't like how the manga ended though, it kind of ended in a stupid way without any explanation as to what happen to any of the other characters. I wish it would have been more but the author probably just wanted to end the series as soon as she could. 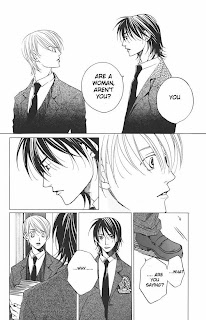 Overall
This manga is a really good read, I highly recommend everyone to read this manga. Even with the harsh character backgrounds you will still love it, since it has a bunch of twist and turns during the whole thing.

Rating4.5 out of 5 Howling Wolves