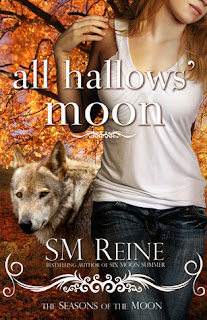 
Summery
Rylie survived becoming a werewolf at great cost. She moves to her aunt’s ranch in the hopes she can enroll in a new high school and quietly continue her life... with a few distinct changes. She transforms into a beast every new and full moon and struggles to control her murderous urges.

Without many werewolves left, it’s hard to stay in hiding. A family of hunters -- Eleanor, Abel, and Seth -- recognize the signs and follow Rylie to her new home. They want to stop her before she murders someone, and the only way to do it is with a silver bullet. Seth soon realizes the werewolf is Rylie, the one monster he failed to kill. Worse yet, he’s still in love with her.

Torn between family and love, Rylie struggles to reconcile her feelings and control the wolf within while Seth fights to do what’s right. But what is right-- obeying desire or duty?

My Thoughts on the Book
This second book was just so good, I loved it so damn much, you got to learn more about Seth's family, seeing what they did. Again this book ended on a cliffhanger leaving you wanting more, which I'm glad there is not a third book out. You got to see more of Rylie as a werewolf in this book and I seriously do like that fact even though werewolves are blood thirsty killers in this book.

Rylie's personality has changed much more in this book but she still tries to act the same. It's her werewolf that gets her agitated and angry at people who don't mean harm. Her control gets worse when the new moon and full moon come around. I'm surprise she made friends at her new school but they are so cool and high they don't notice the change in Rylie's personality. As I said above you get to learn more about his family and how they work in the hunter feild. Seth is showing more of his feelings towards Rylie but has to hide him and tries to stay away from Rylie because of his mom and brother. You learn that he doesn't really want to be a hunter and that he wants to be able to finish highschool and go to college, which isn't what his mom wants for him. She's kind of rough not acting the way a mom should and that's probably another reason why he didn't want to be with her and stayed with Rylie. Abel is Seth's brother who was bitten by a werewolf and stopped himself from turning. He does have some werewolf personalty and strength but doesn't turn into a werewolf. Seth mentions how the scar on his face makes him look mean when he really wasn't. I really like this character and I wish to see more of him in the future novels.


The romance again was only a little bit, because Seth's family was in town hunting for Rylie he found it best for them to stay apart. Even though he said this Seth got jealous when ever he saw Rylie hang out with her guy friends. Rylie still like Seth so nothing happen with her guy friends. The romance is slow and he can see how much they care for each other by the end of the book. It's really cute their relationship I just wish for more!

The plot is great this time around, it focus again on Rylie and how she turns into a blood thirsty killer every new moon and full moon. She's staying with her aunt on a farm in which she tries to help but has to stay away from animals because of how they sense the wolf in her. She soon learns about Seth being in town with his family and her life gets even more complicated because of that.

Very Beautiful, I love how the leaves in the background captures the season of which it is in the book. The wolf is so cute, I just love how she stands out against the background and how she has the fur color that Rylie does when she transforms into a werewolf. The photographer picked the right wolf to put on the cover of this book. I also really do love the title font of this book making it look great on top of the image in the background. Not to mention that the illustration of the swirls look great under each main text. What I don't like though is the fact that the author's name is so huge on the cover where it isn't necessary to have it like that. Otherwise this book looks great on how the designed it.

Overall
This is a great second volume of this series, I loved the first volume and I love the second volume just as much. I can't wait to read the third book I really recommend this series for all werewolf lovers to read.