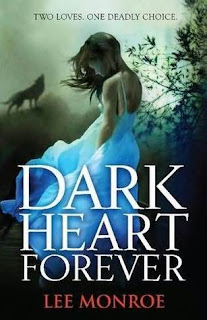 
Summary
Jane Jonas is nearing her 16th birthday and troubled by unsettling recurring dreams where the same mysterious boy her age comes to her, telling Jane that they are each other's destiny. Her mother is increasingly anxious about Jane's disruptive sleepwalking episodes, but for Jane her dream world and reality are about to collide ...

When she develops a friendship with an enigmatic stranger in town, the blond, uber-cool Evan, it's exciting, it's new, and Jane wants him more than she's ever wanted anybody - until her mystery dream boy gets in the way.

Now Jane is caught between two worlds: one familiar, but tinged with romance and excitement; the other dark and dangerous, where angels, werewolves, and an irresistible stranger are trying to seduce her ...

My Thoughts on the Book
When I first saw this series I really wanted to buy it not caring how poor the reviews were. As I started to read this book it was so slow at the beginning, I just couldn't quite get into the book so it took longer then necessary to read it. It got better at the ending though, I felt more connected to the characters then too.

About Jane's character, I would love to say that I found her character so damn annoying. She secludes herself away, dropping out of highschool to be home schooled just because people from her school bullied her . . . okay I was bullied in elementary school and highschool all my life and never once did I give up on school. It just made me feel like I should smack some sense into her. I even had no friends but I never left. I really couldn't stand her not to mention how she wasn't trusting of anyone but Luca. She likes one boy but then she dates another, after seeing how she feels about school how she's able to do this is beyond me. Luca is like a life preserver for me, he's calm collected and doesn't let his feelings take hold of him. You don't know his true feelings till the end which I find slow but quite cute. The fact that he doesn't care that Jane is dating some other guy makes me think about if he really is a Werewolf... Then there is Even half the time he acts like he's PMSing but then he changes and he is his normal self, acting all nice and tentative to Jane. You can tell something is up with him from the start but all you can see is how cute they are as a couple. So far I believe the only character I really like is Lowe though he stabs Luca in the back he's the only one i'm interested in and has a great personalty. I would hope there is more of him in the next two books.

The romance in this book is in a back and forth motion because one she is dating Evan but loves Luca and two she feels something everytime she is with Evan so she becomes confuse. I don't see why she has to keep dating Evan when she knows of her true feelings and just doesn't see Evan that way except when he touches her. She doesn't even fully trusts Evan only enough to figure she can still be with him. Luca is the one she trusts and loves so that's why I think it's a back and forth motion in the way she doesn't know who to choose.

The plot is alright, I don't find anything wrong with it, it's just that it was slow to get into. If it wasn't so slow I would have loved the plot a lot more. One more thing a few times I found this book a bit predictable, I would love to be surprise when I read but I wasn't once when i was reading this book. It just gave to many hints all at once which didn't work well with me.

I really do love this cover design. The wolf in the background is what caught my attention right away into drawing me to this book. The Title stands out very well with the dark background and the blue of the girls dress. It's just so pretty to look at makes me wish I had that dress, though I don't wear dresses. The Author's name also fits very well at the bottom of the whole design making it stand out more with the red. Again if there wasn't a wolf on the cover I probably wouldn't have read this book with because I wouldn't know if this book was mainly about werewolves or not.


Overall
I give this book a 3.5 out of 5 because of how many times I was annoyed with this book. Though I did like reading it and I do want to read the next to books in hope they are better then this book.
Rating
3.5 out of 5 Howling Wolves