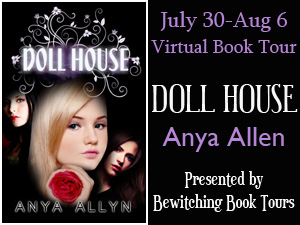 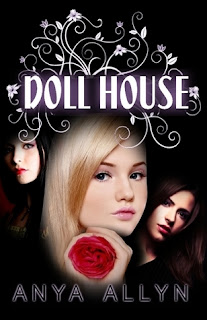 Summary:
Fifteen-year-old Aisha disappears in the dark forests on a school hiking trip. She's the latest in a string of children to vanish there over the past five years. The towns surrounding the forests are on edge and they want answers. And wildboy Ethan—Aisha's boyfriend—is on the run after he and his grandfather are blamed for her disappearance.

Cassie is just about the only friend Ethan has left. She's been secretly in love with him ever since her mother dragged her to the wilds of Australia from Florida six months ago.

Desperate to prove Ethan's innocence, Cassie searches the forests with Ethan to find out what really happened to Aisha. But Ethan's growing strangely silent, and Cassie's left questioning if her feelings for him are clouding her judgment.

Cassie discovers a dark secret lurking in the heart of the forests; a secret world of nightmarish horrors—where nothing is as it seems, where the supernatural invades your soul, where the people she trusts most might be the people she can trust least, and where escape exists only in dreams.

Review
I didn't expect this book to be as creepy as it was. Nothing in this book was what I expected it to be. There was a interesting ending, and pieces of the story were confusing at moments, leaving lots of questions for the reader.

This being said, it was quite an enjoyable read. This story takes place in Australia, located in a part where it’s heavenly forested. Cassie and her mom moved there when her mom chased after a guy, and they've been living there for a couple of months. The story centers around Cassie and her friends trying to look for their friend Aisha who went missing after their trip in the mountain area for a school project. Cassie and her friend Lacy join Ethan on the mountain, who is already there looking for Aisha. It's not long before they find her but things turn when they're brought to a scary cave full of gaint dolls and one girl who one controls the only way out and the dolls who can’t get hurt. It soon becomes up to Cassie to figure out a way to get them all to escape and to solve the mystery of why they are down there.

Cassie is our main heroine of this story. She was best friends with the girl who went missing. She has strong conviction in her friends in asserting their innocence. Throughout the book, she wants to be sure that her friends are safe. She learns what ever she can to save her friends, even at the risk of harm to herself. At the beginning of the book we learn that Cassie is afraid of the dark. Seeing as half the time Cassie is in the dark, she doesn’t seem to have that big of a fear for it, that’s the confusing part about her. She only reacted a few times to the dark in a way that I would expect someone would if they truly were afraid. In a majority of the time, she seemed completely fine with being in the dark.

Ethan seemed like a very good guy who cares very much about his missing girlfriend. He didn’t care about what anyone said about him being a suspect, he was going to find his girlfriend one way or another. He’s the quintessential good guy, it's hard to see why he would date Aisha. The relationship is explained, but should it have to be? Another confusing aspect is his character development. It should be noted that girls are being held captive. Ethan seemed to know that there was some sort of treasure in the cave that the girls were being held captive in, but he didn't want the treasure. He was more concerned about finding his girlfriend then in treasure. It almost seemed to me that the author wanted him to be bad guy, looking for treasure and using his girlfriend as a cover, but then changed their mind while writing. I have to wonder why the editor didn't catch this lapse in development.
Aisha is someone I would despise in real life. She’s too fast to not trust anyone, almost like she’s paranoid, and she's rather stuck up. When everyone is in danger she’s fast to turn against her friend and lied to get her in serous trouble. Despite this betrayal, Cassie and Ethan both forever her. I can't understand this. Sure she helped them in the end, but I could never forgive a friend for not trusting me or lying when to get me in trouble. Aisha only thought the worse of someone, and doesn't explain her actions very well.

The girls that are held captive all have their own personalities. Jassamine controls everything in the cave, setting the rules. Missiouri was the oldest and longest held captive in that place. She’s like a older mother or sister to the other girls, taking care of them the best she can without breaking the rules of Jassamine. Sophronia is the eyes and ears of the underground prison. She doesn’t talk to anyone just writes to them or just does as she wishes to make Jassamine happy and not take her anger out on them. She makes you wonder about her background and at the end of the book you want to learn about her back story because she never gave her real name. Philomena is the youngest only about 4 or 5. She’s been there about a year and acts like a normal child in the cave only when it’s not to much for Jassamine. She loves Missiouri and starts to take a liking to Cassie later. Those aren’t their real names but names that were given to them by Jassamine. They do learn about their real names later in the story. 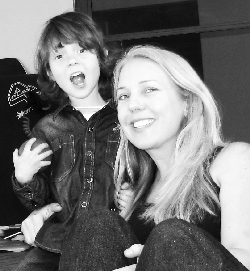 Author Bio:
Anya Allyn lives near the beach an hour north of Sydney, Australia. She loves anywhere outdoors that is natural and wild. Or anywhere indoors where Black Forest Cake is on offer. She has four amazing boys and enjoys their energy and happy-go-lucky spirit, and wishes she could plug into some of that energy on days when her 'get up and go' has packed up and gone! She is a former Features' Editor/Community Manager for a media organisation in Australia. The idea for Doll House was born after a trip to the beautiful Barrington Tops region of Australia--sparked by places there such as Devils Hole, Ladies Well and Thunderbolt's Way.
http://dollhousetrilogy.com