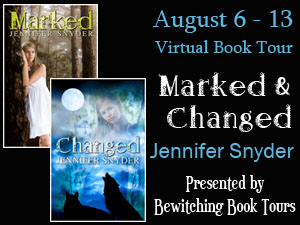 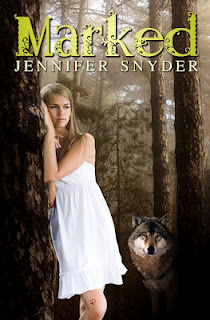 Summary
A mysterious stranger she can’t stay away from. A birthmark with a hidden meaning and one bite that changes seventeen-year-old Tessa Morganton’s destiny forever…

Life for Tessa had been steady and calm—with the exception of her overly jealous boyfriend—until the moment Jace Fowler walked into her life.

Jace—incredibly charming with boy band good looks—is someone whom Tessa can’t seem to stay away from… no matter how much she knows she should.

After surviving a strange animal attack, Tessa learns just how mysterious and secretive Jace really is and that his secrets not only involve himself…but her as well, making Tessa question everything she’s ever believed regarding her life and those around her.


My Thoughts on the Book
I found this werewolf story interesting, as it followed the traditional take on the werewolf myth. The idea that they turn into wolves during the night of a full moon.I haven’t read a story in a long time that actually followed the myth. It was a draw that made me love and enjoy the book.
This story centers around a girl name Tessa, and how she meets a guy named Jace at the diner she works at. Even though she has a boyfriend already (though she’s planning to break up with him), she agrees to go out on a date with him and that’s when everything starts to change. She falls in love with Jace. Things start getting weird when she beings to have nightmares after an encounter with what she thought was a wolf in the woods. As she starts to get to know Jace, more people he knows start to drop by unannounced causing trouble for Tessa and her releationship with Jace. She always thought she was a normal, everyday girl until she met Jace and her life gets turned upside down.
This story takes place in Breckwater, a town in the USA. It’s a small town with just a Walmart and a bowling alley. It's the kind of town were there's not much to do, so people have parties to break up the monotony. A majority of the story takes place either at the diner where Tessa works, or at Jace's or Tessa's house.
Tessa is your average, everyday teenager. She has a job, and parents her care for her enough to give her a curfew to follow, because if not then she would actually get grounded. I was glad that she broke up with her boyfriend Sam after seeing how he treated her. He didn’t seem to trust her at all and Jace treats her a lot better then Sam did. After that Tessa spent almost everyday with Jace and even when she was grounded they found a way to see each other. I found their interactions between each other to be cute, since you can see how much they care for each other. Near the ending though, after what Jace did to her, I probably would have taken more time before forgiving him. She was too forgiving. I understand that she loved him, but he just turned her life upside down without asking or telling her anything. In my perspective, she should have been scared and angry at him, but then I’m also glad they somehow worked things out at the end. She trusts him enough to know he wouldn’t leave her.
Jace seems like a sweet guy when you meet him. He’s nice to Tessa, caring and doing anything for her. He even does sweet things like leave yellow roses (her favorite flower) for her when they couldn’t spend time together.  He does have his scary side, like when he started to beat Sam, not stopping at all. This caused Tessa to become afraid of him for a while, but she does end up forgiving him. What I don't like about him was the fact that he turned Tessa into a werewolf without talking to her first or warning her. If it would me, I would have never forgiven him for doing something that life changing to me.
Tessa's and Jace's friends make up the cast of secondary characters. Rachel is Tessa’s best friend, taking Tessa to all the best parties. She’s there for Tessa when she needs her, and she also works at the diner where Tessa works. As I mentioned earlier, Sam is Tessa's ex-boyfriend, and I’m glad he’s an ex after the way he treated Tessa. He didn't trust her, and everytime she went near a guy he thought she was flirting with him. He was just overly jealous and possessive character . Lastly, you have Jace’s friends from Ohio. Jace describes them as Jenna being a friend, Gravin is an arrogant ass and Shelby is his ex-girlfriend. They aren’t in the story long, but enough for Shelby to start things up between Jace and Tessa.
Overall
If you like the popular tale of werewolves, you will love this book. I found it to be a great read. 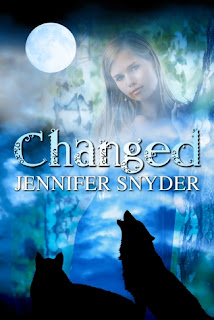 Summary
Would you fight to the death to prove you are worthy to stand beside the one you loved?

Eighteen-year-old Tessa Morganton’s life has flipped upside down. After learning Jace’s secret and discovering the man she’d thought all her life was her father isn’t, she must also cope with the reality of what she’s now become—a werewolf.

Tessa tries to maintain her normal life while her body changes more and more each night as the full moon grows closer, but when Shelby comes back to pay her a visit, Tessa soon realizes turning into a wolf may not be the only dilemma she will have to overcome.

As the Wolf Moon draws near, Tessa uncovers some things about Jace and Shelby’s relationship and exactly what Pack Law entails in the untraditional situation Jace has created for them all.

I threw my hands up in the air at the end of the book! The book did not end how I expected it to end! I love how there was more action in this book then the last, and you saw the wolves more, but I just felt so frustrated at the end. Nothing has been solved in terms of how werewolves view half breeds.
In this book, Jace has become leader of his pack. Something that Tessa and he did not discuss. Jace's character backtracked a little, willing to let the two female wolves in his life (Tessa and Shelby) fight over who will be with him. Granted, real wolves fight over mating rights, but there's still that human element to werewolves. Isn't love supposed to trump duty? I felt angry at Jace for this, and angry for Tessa.

There's also a development in Tessa's family. She has learned that her father is not her biological father. That being said, she doesn’t want to have anything to do with him. I have thought that would have been interesting if she did go find him, but she decided to let him slip away.
The plot for this book is a lot different from the last. While the last book was about Tessa first meeting Jace,  getting to know him and learning that she is turning into a werewolf because of him. This book takes off from there. As the full moon comes closer, the time to turn into a wolf gets closer as well. She has to prepare for this moment and spends a lot of her time with Jace. She asks him any questions she could, but learns that he’s (OF COURSE!) holding secrets from her. One of these secrets is Shelby, a werewolf who wants Jace to be hers. Tessa soon learns that to be able to have Jace for herself and have the approval of the whole pack, that she needs to fight Shelby in wolf form and win. This story also explains about Tessa’s mothers past, her biological father and why he left her mother, and about Tessa's birth.
This book takes place again in Breakwater, but in part two it changes to taking place in Ohio, were Jace lives. Once again, the book mostly takes place at either Jace's or Tessa's house, and later on, Jace's parents house.
Tessa did very well as she learned to be a werewolf. The big downside to the transformation was that it caused her to pull away from her friend Rachel and her family. She turned to Jace more and more for help, and I loved how he took care of her in this way. When faced with the pack's disapproval at her being Jace's partner, she remained a strong character. She stood her ground and was willing to fight for her man.
Jace flip-flopped as a character. He had his sweet moments, but at times I just couldn't stand him. The fact that he was willing to drop Tessa for Shelby if Shelby won just annoyed me. He does have his good moments though. He stayed by her side during her first change and helped her. You can see how much he loves her no matter what form she takes.  He even agrees with her when she wanted to tell her parents and friend the truth about them. He didn’t like it at first he did end up doing what she wanted to make her feel better about her leaving all of them. Though Rachel was being pushed away by Tessa in this book, she still tried her best to be there for her friend. She always called to ask to hang out with Tessa and was always there when Tessa called. For that I find that Rachel is a good true friend. As you can gather, I didn't like Shelby, and found her to be an unpleasant character in this boo. Tessa's mother comes out into her own a little bit more, telling Tessa the truth about everything. Tessa knew most of it already, but I do like learning about a back story.
OverallI did like this book, but not as much as the first volume.  I do still recommend that everyone read this book to learn the ending between Jace and Tessa.
Rating
3.5 out of 5 Howling Wolves 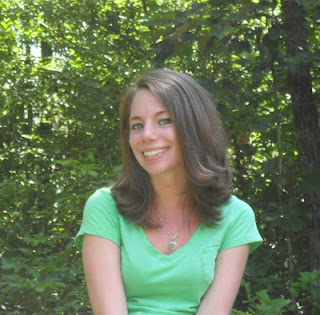 Author Bio:
Jennifer Snyder lives in North Carolina were she spends most of her time writing young adult fiction, reading, and struggling to stay on top of housework. She is an instant coffee lover with an obsession for spiral bound notebooks and smooth writing pens. Jennifer lives with her husband and two children, who endure listening to songs that spur inspiration on repeat and tolerate her love for all paranormal, teenage-targeted TV shows.