I would like to say I'm glad to be hosting Noctalis Blog Tour by Chelsea Cameron. These books are Just amazing and I'm glad to take the chance to review them. 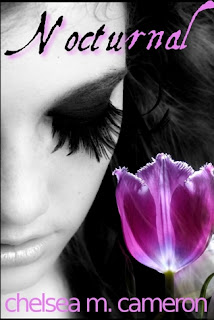 Summary
Seventeen-year-old Ava-Claire Sullivan's mother is dying. Perhaps it's no surprise, then, that her greatest solace comes from someone who's already dead.

Peter Hart saves her one night in a graveyard from an attacker just as strange as he is, and now Ava can't stop thinking about him. She wants to see him again – even after he warns her he's dangerous, and she begins to realize what he is. Her best friends don't know anything about death, but Peter does, intimately. He's waiting for her the next night she comes to the cemetery, and the next...

But their growing bond comes up against a promise Peter made a long time ago, a promise that could destroy them both. Now Ava has to decide just what she's willing to give up to hold onto the one thing that could last forever.


With this new take on the “vampire” legend I’m in love with this story. This is something new and interesting because it’s not your normal everyday vampire. In fact they aren’t even vampires at all. The only thing that is related to vampires in this book is the blood drinking. Everything else is new and inventive; to me nothing in this book is your average everyday paranormal book. I can say this now this series is going to be very good.
This book takes place in a rural part of Maine, USA. Everyone knows everything about someone in that town. A lot of time is spent in the graveyard where Ava-Clair (our main character) first meets our male main character, Peter. Being in a graveyard would be strange for most people, especially since she visits that area at night. But with everything that’s going in her life right now, she wanted somewhere quiet and safe, and since no one visits the graves at night she has it all to herself.  This story centers around the character Ava-Clair (Ava by most people). With her mother's cancer terminal, she just doesn’t want to deal with anything. She escapes to the graveyard where she’s at peace, but she she meets Peter, a strange boy whose friend almost killed her. Despite his warnings of her to stay away she continues to visit him. The relationship becomes an escape in itself for Ava, as she's not able to tell her friends the truth about her mom. This distance has caused a rift between them and only with Peter can she forget things. She soon learns that Peter isn’t all that he seems, and she learns the true story of what Peter is and why he is so strange.Ava is your average everyday teen who loves to party with her friend Texas (Tex). Things change when her parents told her how her mother will die and now all she wants to do is escape. She tries her hardest to be normal towards her mother, even though she wants to cry. Then she meets Peter and she doesn’t have to think about her mom, and gets her mind off of her mom’s condition for a while.  Ava is a strong  girl with everything going bad in her life.Peter is someone who is strange when Ava first meets him. He states bluntly that the reason he was at the graveyard the first time they met was that he wanted to die. He has straight to the point answers to any questions Ava asks him, doesn’t seem to talk to much. However, Ava always tries her best to get him to talk more. He doesn’t feel any emotions and when something happens between him and Ava he soon is bombarded by all kinds of emotions all at once he’s not use too. Near the ending of the book you can see a change in him, which makes you like him even more.
Tex(Texas)  and Jamie(James) are both Ava’s friends. They have known each other for a long time, since they were little. Tex is more of the house party type of girl, Jamie is the one that looks out for both Tex and Ava. Ava’s friends are always by her side but things get bad between them when Ava starts to hide the fact that her mother is dying. Stuff is going on with Jamie himself, which also messes with the friendship. Hopefully in the next book things get better between the group of friends.
Rating
4 out of 5 Howling Wolves 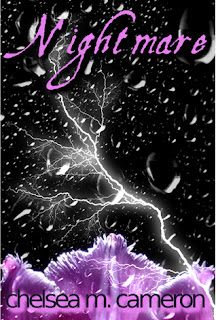 Now it's Ava's job to make sure he never loves her in return. A pact Peter made nearly a hundred years ago means loving someone will kill him. If she can figure out how to free him from his promise, it might kill her, make her immortal, or lead to the love she wants so badly.

But if she doesn't, at best, her heart will break…and at worst, Peter will die.

My Thoughts on the book


This story just keep getting better and better as it goes on. I love the relationship between Peter and Ava as they struggle with the Claiming bond. They need to figure out how to break Peter’s promise with Di, who is Peter’s 'mother' in the way that she created him into a Noctalis (what this book calls a vampire). This book features more character point of view swapping than it did in the first of the series. That being said, it’s also easier to tell whose point of view it is. When a chapter starts from the POV of Peter or Ava, mid-way through the chapter it will switch to the opposite's name to continue with their POV. I like this because I like getting both characters POV.
The setting in this book still takes place in Maine, but they do go down to Florida to visit a old friend of Peter’s who might know something about how to break the bind to his maker Di.
The plot in this book again centers this time around both Ava and Peter. They learn that there is more effects of the Claiming then they originally thought. They can’t stay away from each other over long distances or it will cause pain. Ava is also beginning to like the smell of blood from those close to her. You also learn that the person Peter calls an old friend isn’t all that he seems to be.
Telling your mom that your boyfriend is a Noctalis makes your brave. Ava had to tell her mom about Peter because she hated lying to her. I can understand how Ava wanted to tell her friend, but to tell her mom is bold. Naturally, her mother doesn't want the two of them together.
Ava is still strong and wants to protect Peter. She wants to kiss him and hug him and do what she feels in her heart to do because she loves him, but she has to stop herself. If she causes him to fall for her then he will die. She starts to notice things like how she starts to react to human blood. To her it smells good, an effect of the claiming bond that Peter put on her in the first book.
Peter seems to talk more in this book then in the last, which interests me. The connection he has with Ava really has changed him. Though he can’t love her he does adore her and tells her that. I think it’s sweet either way. It’s a different type of love even if it’s not true love. He still keeps Ava in the dark about a few things, which is understandable considering his pas,t but he does tell her few things about his pre-Ava eras.
I found that Tex has become more annoying in this book then in the last. She wants to meet up with Peter’s brother even though Ava keeps telling her “no”. She doesn’t listen and just keeps bugging causing Ava to get more then annoyed with her. Jamie's role in this book has slid back, but he does talk to Ava and listen to her when she finally tells him about her parents. This book also tells you more about Ivan’s past. You also meet Cal, an old friend of Peter’s. I found Cal to be creepy, even though he lives in a house unlike most Noctalis and wears nice clothes.

A few Extras
To say this now Nocturnal and Nightmare will be free from Aug. 10th through Aug 14th on Amazon!! That's right so don't forget to get your books because this series is awesome!

Then on on Aug. 30th we will be having Nocturnal Night with Chelsea Cameron!! A huge Video Chat that everyone is invited to :) We will be chatting about EVERYthing. There will also be some giveaways going on... here are the deets you need to include please ...

Join us for Nocturnal Night on August 30th 8pm EST / 7pm CST for a LIVE Video chat with Author of Nocturnal and Nightmare Chelsea Cameron.

We will be chatting about everything from her books, the writing process, to Edward v/s Jacob *grins* There will be some giveaways going on too. Don't have a webcam? No worries you can still totally join in with text chatting. You will be able to see everyone else. Shy? Don't be we are all eager to meet you!! Join us for a night of Awesome.
http://nocturnalnight.eventbrite.com/

Author
Chelsea M. Cameron is a YA writer from Maine. Lover of things random and ridiculous, Jane Austen/Charlotte and Emily Bronte Fangirl, red velvet cake enthusiast, obsessive tea drinker, vegetarian, former cheerleader and world's worst video gamer. When not writing, she enjoys watching infomercials, singing in the car and tweeting. She has a degree in journalism from the University of Maine, Orono that she promptly abandoned to write about the people in her own head. More often than not, these people turn out to be just as weird as she is.
She has two books out now, Nocturnal and Nightmare, the first and second books in the Noctalis Chronicles about a girlwith a dying mother who meets an immortal boy. The third book, Numb will be out this August, and the fourth in the winter. Her other book, Whisper, about a girl who is alive, a boy who isn't and the complications that go along with their relationship, released June 16 and is the first in a trilogy. Follow her on Twitter: @chel_c_cam, her blog, or on Facebook.
Posted by Unknown at 11:45 PM