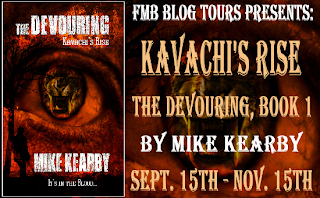 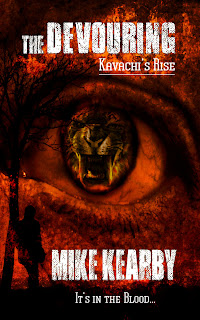 A Dark Secret. Thomas Morehart and his sister, Kara are vampyre, not the undead, but creatures evolved over hundreds of thousands of years to mimic their prey, man. Then - rescued from a Nazi Prison Camp, Thomas and Kara are brought to the U.S. and forced to work inside government-owned mortuaries. Now -betrayed by the government sixty-seven years later, Thomas and Kara are in a race against time to transform back to their feral states or risk Exsanguination by government sanctioned hit squads.

The soldiers knew this lieutenant. Knew of him, anyway. Nikolai Borisoff was his Russian name, but if all the rumors were true, nobody knew his real name. Others of his kind referred to him as, “Rom baro,” the big man. But in the stories he was known simply as the necromancer hunter.
“Shall we put him in with the others, sir?” one soldier asked.
Nikolai ignored the question and squared himself off to stand face-to-face with the prisoner. He stared into the darkness of the creature’s eyes. “How do you write yourself?” he asked in Amria.
The creature stopped rocking. He looked up and opened a dark pit of a mouth. A word tumbled out: “Death.”
Nikolai frowned, “But where are the others?”
Death tilted his head right and left, like a confused animal trying to make sense of an unfamiliar sound. After several seconds of the head movement, he parted leathery lips and emitted a rattling laugh.
“Others?”
“Yes, the others, like yourself.”
“Killed, dead. All meat.”
“In the showers?”
“A death they would have welcomed.”
Nikolai leaned back. He stared across his left shoulder, down the rows of barracks where the camp’s prisoners were being assembled. The 48thhad found only a handful of them, yet intelligence had said there would be thousands. Reports had indicated as many as twenty thousand. He turned back to Death.
“Where?” he asked.
Death lifted his chin toward the camp entrance. “There,” he whispered. “Only a short way from the death gate. Toward the sea.”
Nikolai looked past the gathered prisoners and through the opened gates of the camp. Pine and aspen lined the road for as far as he could see. He turned back, questioning, “In the woods?”
“In the ground.”
Nikolai frowned. “Can you show me?”
Death shook his head. “I prefer here. It’s very bad luck to go to that place.”
“Why?”
Death began to rock again. “It’s a madhouse filled with all kinds of madness.”
Nikolai studied Death’s face. “Then you’ve been there?”
Death wagged a finger in Nikolai’s direction. “Oh, I went there once. It might even have been twice or maybe three times. I can’t be sure, for the madness takes away one’s sensibility.”
“And your job there?”
“I helped push the carts back to this camp.”
“Back? What had been on the carts before?”
“Creatures.”
“And when you returned?”
“Shoes…and pyjamas…and hair.”
“And what of those who once wore the shoes and pyjamas and hair?”
Death rested his chin against his knees once more and resumed his monotonous cantillate. Then, just as quickly, stopped. It looked up at Nikolai. Its pupils contracted. “Porrajmos!”
Nikolai narrowed his eyes and pinched his bottom lip between his thumb and forefinger. His gaze darted back to the front gate and to the forests outside. “Are you saying violate?”
Death’s face twisted. He screamed again, “Porrajmos!”
Nikolai shook his head and released his lip. “To open? To open one’s mouth?”
Death stopped rocking and stared ahead, rigid. His pupils dilated back to their dead state. He exhaled a short breath, then pushed his right index finger into a spot just below his right ear and directly above his jawbone. He held his finger in the spot for several breaths, as if to make sure Nikolai understood, then slowly dragged the finger down his neck to his collarbone.
Nikolai watched, fascinated at the visual. “Rip open?” he uttered.
Death shook his head, exasperated, exhaled a rattling breath, and motioned with an outstretched finger for Nikolai to lean close.
Nikolai stooped forward and turned an ear toward Death’s mouth.
A gush of stagnant air rushed from the man’s lips and flowed across Nikolai’s cheek and nose.
Nikolai jerked away from the dead gas -- and from the two words that had drifted on the offensive fumes. He sucked in a quick breath and jerked the pilotka from his head.
Death nodded blindly, as if pleased, and then started rocking again.
Nikolai could only stare at the living corpse swaying in front of him.
Porrajmos.
Such a simple word.
And when translated into Russian, two words: The devouring. 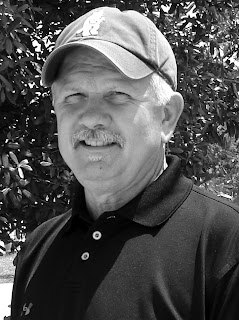 From Wikipedia: Mike Kearby (born 1952) is an American novelist and inventor. Since 2005, Kearby has published ten novels, one graphic novel, and written two screenplays: (2011) Boston Nightly, with fellow writer Paul Bright and (2012) The Devouring. Boston Nightly is scheduled for filming in the spring of 2013.


Kearby was born in Mineral Wells, Texas, and received a B.S. from North Texas State University (now the University of North Texas) in 1972. He taught high school English and reading for 10 years and created ""The Collaborative Novella Project"" The project allows future authors to go through the novel writing process from idea to published work. Kearby began novel writing in 2005 and has completed eight novels, one graphic novel, and written the afterword to the TCU Press 2010 release of western novelist's, Elmer Kelton, ""The Far Away Canyon"".