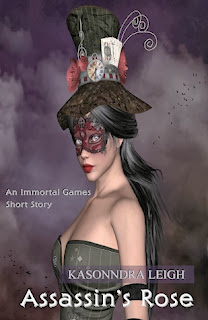 My mother once told me life is a lot like a card game.
She said you can either accept the hand you have been dealt, or you can create a new play, make your own rules, and win the game one card at a time.

I loved my mother with all my heart. She’s gone now. He took both my parents away from me. I’m talking about the Angel of Chaos, the one who plans to destroy both the human world and mine.

I can’t let that happen. He and the ones who serve him have already taken so much from me. I do believe it’s time for a little payback. I will have the final say. With my lover by my side, I can conquer anything.

I will turn the game around...and win.

For I am the assassin; and revenge will be my rose.

**This story contains sexual situations and mature language. It is intended for an audience at 17+ years of age.**

I love learning more and more about the culture of where Faris, Seth, Desi and others from the Lost Immortals series. It’s so different almost medieval like in how only men are allowed to fight. What made me wonder though is what exactly does the dancing the girls learn to do is for. Boys are the warriors while the girls are the dancers.

What I enjoyed most though was seeing a lot of Seth and learning what happen between him and Desi. I learned about her past, I always wondered about her character and this book answers all questions about her and why she hates Seth in the Lost Immortal series.

We get to see more of Seth and his bad boy self. He's as secretive as ever and even though he warned Desi not to fall for him, she did so anyways. Seth is so manipulative, yes it's bad what he did to Desi but I believe there is a reason for it.
I’m happy to be able to read this novella because I just love this series, I can’t wait to read more! 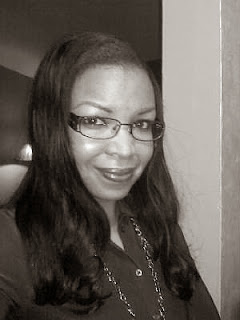 Author of the Bestselling Lost Immortals Saga and the International Bestseller the Prelude. I’m also a mother, blogger, reader, gardener, home renovator, and a slayer of undead Egyptian mummies in Tomb Raider. I believe in karma, coffee, and seriously wish that the producers of Xena would bring my favorite show ever back.

I was born in the race-car city of Charlotte, NC, and now live in the City of Alchemy and Medicine, NC. Most of my characters are based on people that I’ve met throughout my travels and adventures. People tend to stop and start conversations with me as if I’ve known them my entire life. Does this freak me out? Not really. My mom says that one day I’ll get kidnapped by one of them. I told her that if it weren’t for these lovely people then I wouldn’t be able to create the stories that I do.

Some other common tidbits…hmm. I’ve watched the movie Under the Tuscan Sun almost 200 times. Seriously, the way I see it is if I keep watching it enough, then suddenly the house that Diane Lane lives in will magically appear in my backyard. I know. I have a huge imagination!