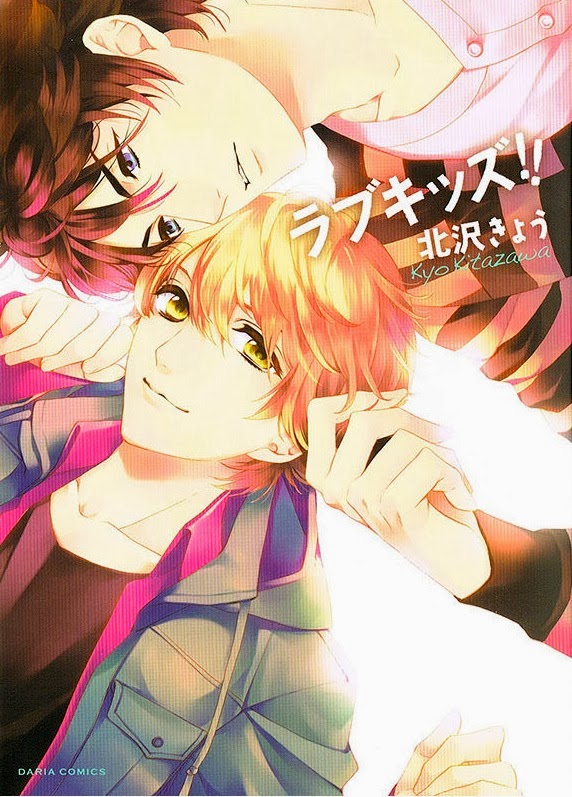 Summary
High schoolers Rin and Kyo are childhood friends from kindergarten. They're so close that there's virtually nothing they don't know about each other.

Rin, who had been pining for Takahashi-kun, his father's lover, for many years, finally gave up and wished for his father and Takahashi's happiness. After his broken heart was comforted by Kyo, Rin was finally able to stand up again, but then suddenly, he was confessed to by Kyo...?! 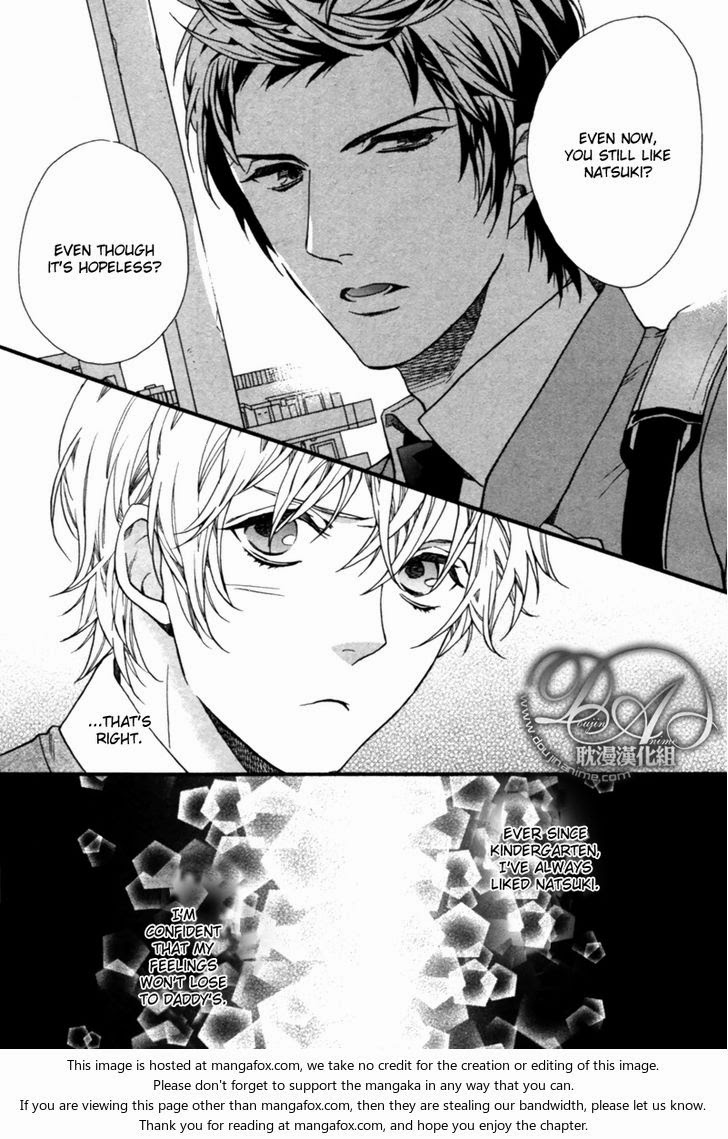 So this manga series is really cute. I've read the manga that takes place before this one and I really liked it.  This volume on the other hand is a bit disappointing.
Rin is the boy from the manga called "Koishite Daddy" (good manga if you want to learn about Rin's dad and his dad's boyfriend) He is a great kid but for him to fall for his fathers boyfriend and just give up right away i just don't see it happening in real life. Not to mention Kyo not really doing much other then ditching Rin after trying to get the boy to love him.

I was waiting and waiting for them to do something other then talk and stuff but nope it was just boring. Even the ending ended in a way I didn't think it should end in. Yes I know there is going to be a sequel but honestly this manga could have been a lot better in the build up of their relationship. Rin is kinda forced into liking Kyo. I don't see any true feelings at all.