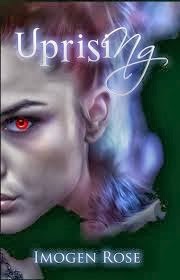 Summary
The global infrastructure that allows humans and supernaturals to coexist is under threat. A breakdown of this carefully maintained system erupts into worldwide chaos and could eventually lead to Armageddon.

The power of the supernatural world shifts from the city councils to Bonfire Academy and the other elite paranormal preps. Now, the staff and students must follow the code, however deadly the ramifications, to return power to the city sovereigns in order to prevent an apocalypse. 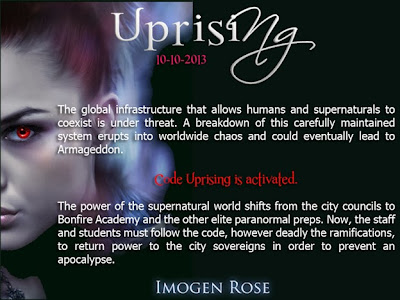 Imogen Rose is the author of the bestselling series, the Portal Chronicles, which has attained cult status within indie literature and become a favorite among teens and adults alike. An immunologist by profession, Dr. Rose published her first work of fiction in 2010. She now writes full time and is currently working on her second teen series, the Bonfire Chronicles. Imogen was born in Sweden and has lived in several places, counting London among her favorites. She moved to New Jersey in 2001. A self-confessed Hermès addict, Imogen freely admits to being obsessed with Kurt Cobain. She enjoys shopping, traveling, watching movies, and hanging out with her family, friends, and Chihuahua.