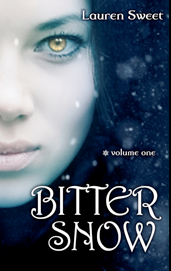 
Whatever you do, don’t open the door.


All Gilly Breslin wants for her sixteenth birthday is for her best friend Kai to see her as more than just the girl next door he’s known forever. So when she receives a mysterious, romantic invitation to meet him at midnight, she knows she has to go.


But it’s St. Nicholas’s Eve, the ancient festival of Bellsnichol, when demons roam the dark winter landscape. Tradition demands that everyone in the tiny town of Bremerton stay inside, doors shut tight against evil.


Gilly thinks it’s just a quaint old superstition. She has no idea that a malevolent power has been unleashed in Bremerton—with Kai as its target. But when she answers her door at midnight, her romantic date turns deadly…and she’s drawn into an ancient web of fear and darkness that threatens everything she loves.