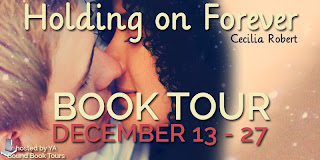 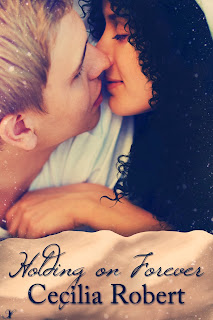 Summary
Liese is finally moving on with Frey by her side. But sometimes letting go is the hardest part, and trusting is a risk one has to take. In between her practicum and spending time with Frey whenever he is town, she fights her insecurities, and wins. Then something happens and Frey's priorities momentarily shift, making her second guess their relationship. Suddenly, going back to their former best friends status has never looked so appealing.


Frey's life has never shined so bright now that Liese is his. But there is a part of him that is shrouded by memories he'd rather have them buried where no one can touch them. Not even him. But even buried memories and people can't stay hidden for forever. What Liese doesn't know is that Frey isn't about to let go so easily, and he will throw in everything he's got to stop her from leaving him. He has waited an eternity for her. Giving her up is not an option.

Yesterday, everything had gone perfectly well. Never in a million years had she imagined things between her and Frey would be this…intense. During the course of the night, she had woken up to the feel of Frey’s lips on her throat, kissing and nibbling, setting her once again on fire. Two hours later, he’d proved to be insatiable, just like her.

What a great pair they made! And to think, all this time she’d dallied, worried about ruining what they had if their friendship status changed.

Right after Frey confessed to her that he loved her as more than her best friend, she’d luxuriated in that thought. As days went by, he’d seemed satisfied just holding her. At times he gave her chaste little kisses and innocent little touches that left her feeling high enough to want to rip his clothes off him. She’d been hesitant at first, dissecting every feeling in search of any awkwardness between them, but had come up empty. Being in Frey’s arms was like being swept away in a storm, then gentled by a soft breeze. When he touched her, it was as if he’d mastered every part of her body that made her sigh and shiver. As though he’d always touched her, his whole life. Frey was unlike anything she’d ever experienced.

She sighed, her mind pushing her to the one path she hated, where the doubt demon resided in her head. What if this didn’t last? Maybe Frey would realize he preferred someone who wasn’t ruled by fear? She shook her head, dispersing those thoughts. It was that fear that had kept her from healing for two years. Fear of getting hurt and losing again. Besides, how could she think of Frey like that, when he’d all but sacrificed the past two years to make sure he was around her as much as he could be?

Author
Cecilia Robert  writes YA, NA and Adult. Her motto: Passion rules. She enjoys writing stories about people finding love in the most unexpected of places, and also about people finding their true purpose in life coupled with adventurous journeys, whether it's urban, fantasy, sci-fi, contemporary or paranormal romance. There's always a happy ever after, no matter how long it takes for the characters to get there. When she's not working in her full time job, she dons her supermom cape, or in most cases find herself trapped between the pages of a book in search for a hero who'll make her swoon with just a look or a word. Her favourite form of therapy is knitting. Best. Therapy. Ever.

***GIVEAWAY***
3 ebook copies of Holding On Forever (INT)
a Rafflecopter giveaway
Posted by Unknown at 11:26 PM