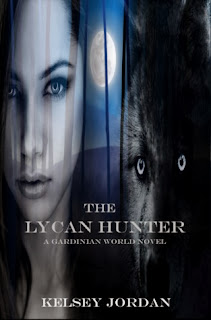 Summary
Kyran of the Blue Ridge Pack has spent most of his life searching for an end to the Forever War. Finding a Hunter among their greatly diminished ranks who was willing to forgo their "shoot first" mentality was harder than it seemed. Then fate—or the gods—gifted him with Alexis James, a petite Hunter with a nasty habit for killing his kind and a need for his surgical skills.

Alexis only has two wishes in life: make it through her next assignment, or die a relatively quick death. With a heart hardened by miserable circumstances and painful memories, her view of kindness and common decency was marred by scars of swift retribution. So when the blue-eyed Lycan saw fit to save her life, she wondered: At what cost?

After eight thousand years of war, the end is becoming a reality, but is the possibility of peace worth Kyran's soul and possibly Alexis' life?

The Lycan Hunter on Amazon

The Lycan Hunter on BN

The Lycan Hunter on Kobo

The Lycan Hunter on Smashwords


The writing process is different for every author. For me I like to let my characters tell me which twists and turns to make. Most of the time I’m happy to make the journey. Then there are those times when they frustrate me to no end with the types of twists they give me. Here are five facts about The Lycan Hunter that might surprise you.


1.     Kyran was supposed to be more aloof and aggressive. he showed me that he just wasn’t that kind of guy and more importantly, Alexis wouldn’t react very well to that type of male in her life. He was right.


2.     Originally, Kyran and Ronan weren’t big fans of each other. The only reason Ronan had agreed to come live with his father was because he thought he’d lead the pack upon his father’s death. I actually like their relationship in the book better than the previous version.


3.     The Forever War wasn’t supposed to be that big of a deal. Then Alexis happened and, well, the rest is history.


4.     The gods are “real” in my world, but I had no intention of them having any screen time. Then Lykil happened.


5.     The Lycan Hunter was supposed to be part one in a collection of six books, with each successive book involving a different Lycan form.


6.     This has more to do with the series, but the First of Spring, book 2 of the Gardinian World Novels is almost ready to debut. 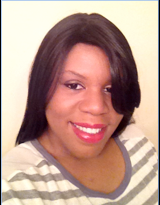 Like everyone, Kelsey has her share of vices, which typically centers around sinful frappes made with Blue Bell Coffee ice cream, late nights hanging out with her demanding muse, spending an embarrassing amount of time reading, and napping.


When she isn't indulging in her love of books, music, late nights with her muse, and delicious, but fattening frappes, she is spending time with her husband and daughter.