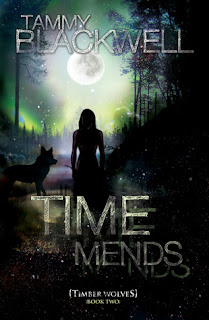 
Summary
After a tragic accident leaves her battered, heartbroken, and alone, Scout Donovan would rather hide in dreams than face reality. But things are changing quickly in Scout's life. Soon she's pulled back into the world of Shifters and Seers, with her best friend's fate depending on Scout's ability to protect her. Can Scout pull it together in time to save Talley, or is the past too much to overcome

My Thoughts on the Book
(WARNING: This review is for a sequel and may contain spoilers!) I didn't think I would love this series after what happen at the end of the last book, but this is a great sequel. My favorite character died, and I was so upset. Not only do I have to deal with the fact that Alex isn't alive, I have to watch as Scout goes through the emotions of that loss, and the pain of learning she was wrong in thinking that he could be still alive. I did get annoyed when they skip most of the scenes when they are in animal form. The first time Scout, Charlie and Jace turn into their animal form and hunt in a pack, the author skipped that part as if she was scared to write about what happen when they were in animal form. The next time they are in animal form the author wrote a bit about them but not very well.


In this book Scout goes through many changes. She becomes a wolf, but how it's done or why is unknown to her. It surprises me when she doesn't freak out by what's happening  to her. She takes everything really well and adapts right away. Even when she returns to her human form from her first night as a wolf, she remains calm. She just acted normal and asks her friends why this was happening to her. Maybe falling in love with a werewolf has made her cooler under stress. However, she was human born, and this happens right after Alex died. Some sort of emotional distress can be expected. She soon goes to Todd's, Charlie's  and Jace's leader and ask him for what she can do now. She's given her own area to run in, but the leader tells her that she isn't allowed to leave that area. It doesn't take long before Charlie, Jace and Talley follow her and become her pack. It was interesting seeing Coyotes be in a pack with the wolf as a leader. Of course though, this gets Talley in trouble. It gets worse when Jace is involved, and it's sad to see how he reacts and how Talley reacts.

You meet the leaders of the werewolf/shifter world and see how they treat people who may be different from themselves. It puts everyone in trouble when they take Scout. You meet the leader Alpha and the Alpha female, who was described by Scout as a lolicon, because of how young she was. (Generally, lolicon manga and anime portray sexual attraction to younger girls or to girls with youthful characteristics.) Knowing this, it makes the fact that the leader is an old man much more disturbing. At the end of the book you get to meet a character you thought wouldn't return.

This book is more of an action book than a romance novel. In Scout's dreams, when she's talking to Alex they are making out and acting like boyfriend and girlfriend. Though after she realizes Alex is really dead her feelings towards him change and they act more like friends. There is hardly any interaction between Charlie and her because of what Charlie did. Though they do end up talking and knew that they could be friends but nothing more then that anymore. He had lost any chance with her when that incident with Alex happen.

I really do love the way this book design looks. I love the simple wolf and human silhouettes. The added with the colorful sky and the silhouette of the trees gives a haunting, mystical feel. Over all it's really beautiful even the title at the bottom is just as beautiful. The author's name is still a bit distracting with how large it is but not enough this time to take away from the background image.

Overall
Reading this book I loved it as much as the first book. I hated how Alex died and that he won't ever come back. This book has very little shifting talk in this book but I do like it.