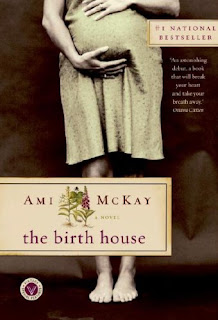 Summary
The Birth House is the story of Dora Rare, the first daughter to be born in five generations of the Rare family. As a child in an isolated village in Nova Scotia, she is drawn to Miss Babineau, an outspoken Acadian midwife with a gift for healing and a kitchen filled with herbs and folk remedies. During the turbulent years of World War I, Dora becomes the midwife's apprentice. Together, they help the women of Scots Bay through infertility, difficult labors, breech births, unwanted pregnancies and even unfulfilling sex lives.

When Gilbert Thomas, a brash medical doctor, comes to Scots Bay with promises of fast, painless childbirth, some of the women begin to question Miss Babineau's methods - and after Miss Babineau's death, Dora is left to carry on alone. In the face of fierce opposition, she must summon all of her strength to protect the birthing traditions and wisdom that have been passed down to her.

Filled with details that are as compelling as they are surprising-childbirth in the aftermath of the Halifax Explosion, the prescribing of vibratory treatments to cure hysteria and a mysterious elixir called Beaver Brew- The Birth House is an unforgettable tale of the struggles women have faced to maintain control over their own bodies and to keep the best parts of tradition alive in the world of modern medicine.

My Thoughts On the Book

'The Birth House' follows the life of Dora Rare, the first girl born in five generations of Rares. Dora is the fourth of seven children (Albert, Borden, Charlie, Dora, Ezekiel, Forest and Gord) and often struggles with being a lady around six brothers. Dora's often called a witch, or changling, due to being the only Rare girl. The book mainly follows Dora between 1916-1918, between her being 17 and 19 but does touch on her childhood and her adult life. She and her family live in an isolated Nova Scotia village, leaving her both naive in life, but wiser and stronger than a city girl would be.
The book opens with Dora being recruited by the local midwife, Miss Babineau (Miss B.) into helping her with a premature birth. Miss B. sees that Dora has a talent with helping in childbirth, and begins to informally teach her traditional medicine and midwifery. This is important, as a new doctor, Dr. Gilbert Thomas, has moved into the village. Straight from the start, Miss B. and Dora clash with him over traditional and modern medicine.

While Dora does grow in the book, she remains herself. Given that the book takes place in a time when women were expected to cook, clean and have babies, the biggest growth that Dora sees if that she grows wiser and learns to use her voice. She faces a traditional family, an abusive husband, and Dr. Thomas. While she has no problems in questioning and confronting them, it's her realization of her role in the world that's most important.

Some readers may have trouble with reading how causally women are abused and raped by their husbands in this book. While it doesn't happen to every woman, it is clear that everyone knows it happens yet does nothing to stop it. It usually takes the woman running away or dying that it causes it to end, then her eldest daughter takes the abuse. If she runs away, she's shunned as being unable to take care of her husband's needs, or painted as having provoked her husband into snapping. (Tragically, this happened in my own family, with my great-grandmother and grandmother when my great-grandmother fled the abuse of my great-grandfather, then with emotional abuse between my mother and myself, showing that it still happens today and does run in families.) While the violence isn't directly shown, descriptions of the aftermath is shown. In the case of Dora, she accepts the rape as her chance to have a child, which she desperately wants.

Other hard ideas are brought up in the book, mainly the idea of stopping an unwanted pregnancy from happening, and naturally ending it if it does happen. Moral ideas, like if revealing affairs is best or not, are also brought up. The characters seem to fear conflict, and just accept things as they are. The decline of traditional medicine over modern medicine is one that's still in debate today, although readers may find some practices (such as using a doctor using a vibrator on a woman to help 'balance' her blood and emotions) odd in today's modern world, while it was acceptable then.

Readers will be satisfied with the ending. Everything comes together in a way that shows the beginning of woman's rights, within the proper historical context. The book is written in a mix of first-person, diaries, letters, and newspaper clippings and ads, which can be confusing at the change, but make sense as read. Major events such as World War I and the Halifax Explosion take place. Some events, such as the Halifax Explosion, are best understood by a Canadian audience as part of Canadian history. Writer Ami McKay's journalism background really shone through, researching real details as the wrote the book. The book itself includes a recipe for a Groaning Cake (which is mentioned in the book), interviews with Kelly Hill, who designed the book's cover, background history of the real birthing house that inspired the book, and notes on the herbs and medicines mentioned in it.

The artwork for the book is simple, but powerful. It shows the belly and legs of a barefoot pregnant woman, cradling her belly and the baby inside. It really captures the idea that a woman is kept 'barefoot pregnant' by her husband, but also the hope that each new generation can change and bring freedom from unneeded pregnancy and abuse.

Overall
This book really hit home for me. I usually avoided historical fiction, cringing at the mistakes. McKay nailed it though. It's clear why 'The Birthing House' is a #1 best seller.
Rating
5 out of 5 Howling Wolves

Review By: Cassandra Halikas
Posted by Unknown at 4:16 PM