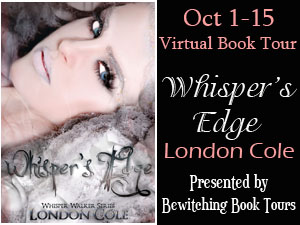 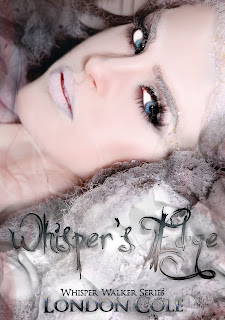 
Excerpt 1.
I ran as fast as my legs would carry me. Kelsie was moving so fast that I was having a hard time keeping up with her as she frantically made her own trail through the dense woods. The blonde might be short, but when she’s terrified, she can cover some serious ground.
Adrenaline burned through me, blood pounding in my ears. I was more excited than scared. The difference between our fear levels was that I did this all the time. It was part of my job as a Hunter, and I went through it often.
Kelsie wasn’t far ahead of me and let a thorny branch snap back behind her as she pushed past it. I ducked to miss the deadly branch in mid-stride as it threatened to take out my eye, and I felt my ankle slip out from under me on a wet stump. I instinctively rolled into a tight ball and somersaulted on the ground, only to come out of the somersault to find myself plowing headfirst down a brush-covered hill on my stomach.
I winced as I slid over a branch that cut through my shirt and sliced into my chest. My undignified belly-slide came to an abrupt halt at the bottom of the hill, my face centimeters away from a boulder.
Breathing a sigh of relief, I sprinted up the other side of the hill, trying to catch up with Kelsie.
Last night, when Kelsie had asked me if she could come along today, I’d figured, “Sure, it should be a quick and easy snatch-and-grab operation.” But, as anyone should know, especially me, things go wrong.
Excerpt 2.
Kelsie climbed up on the back of the couch as I was finishing making the coffee and leapt at me. She flew through the air like an arrow and slammed into me, taking me down into the dining room table. The table burst into a pile of dust and splinters, one of which was driven into the back of my shoulder.
We rolled around for a few seconds, wrestling each other for the top position.
“Ouch, you have a chunk of wood sticking out of your shoulder,” Kelsie informed me, like I hadn’t already noticed.
“Yeah, thanks for that. And thanks for destroying our table. Now what are we going to eat on?”
She pasted on an obviously fake apologetic look while she grabbed the piece of wood sticking out of my shirt. “Not like we ever used it anyway.”
I grimaced, bracing myself for her to pull out the wood. “Yeah, but still. It’s the principle. And you just ruined one of my shirts. Thanks a lot.”
She ripped it out of my shoulder. A nauseating wet sound echoed through the room as she did. I gritted my teeth together in a silent scream – it really hurt.
“Suck it up, baby. You’ll be fine in a few minutes,” she said, climbing off me and tossing the bloody stake on the counter.
“No thanks to you,” I muttered, pushing myself erect.
Snatching the coffee pot off the stove, I poured my coffee into a ceramic mug and then let her get her own out of spite.
Then I peeled my ruined shirt over my head, grunting as it pulled at the already scabbed-over skin. I turned my back to her. “How’s it look?”
“Already healing up. See, no biggie,” she responded, coming over and running her cool fingers over the wound. The tickling sensation caused me to twitch.
That was the beauty of what had happened to us a week ago on our birthdays. We both healed with unbelievable speed. We were stronger, tougher, and faster than anyone else I knew. We had slightly different strengths, though. I couldn’t speak for Kelsie, but my new strengths were mainly magnifications of what I was good at before. She could climb anything. I could jump really high. The more we used our skills, the better they got, and we learned new ones.
“What the devil happened here?” A girl materialized in the entryway.
Kelsie and I looked up at the newcomer.
“Samantha, don’t you ever knock? Seriously, ghost or not, did they not have manners in your time?” I goaded her.
She flew at me and bowled me over with her icy form. “I told you not to mention my age!” she raged.
I’d only seen her fly like that once, so it caught me a little off guard.
“Chill, chill.” I snuck a quick peck on her cold cheek.
The pupils returned to her eyes, and she blushed, helping me up.
“Seriously, what happened in here? And where’s your shirt?”
I looked down, having forgotten that I was topless. “Kelsie happened.”
The ghost nodded her head like that explained everything. “I should have guessed.”
“I’m standing right here, you know. I can hear you.” Kelsie scowled. “What are you doing here, anyway?”
“Just thought I’d stop by and see how my two favorite warm-bloods are doing.”
“Boy, I feel special.” I grinned coyly. Kelsie just took a sip of her coffee.
“Want some?” she asked Samantha, holding her cup towards the ghost, knowing full well that Samantha loved coffee, but couldn’t drink it.
Samantha turned her back to Kelsie with an irritated look on her face. “Silly me, I had that wrong. I meant the only warm-blood that I like,” she said to me.
“I was just screwing with you. You’re taking it personally today, aren’t you?” Kelsie said, giving the ghost a half hug.