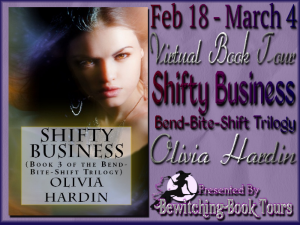 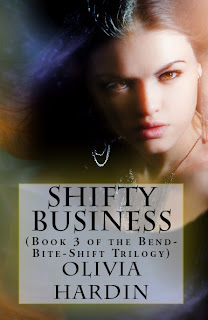 Summary
Gerry Hinton thought she had the perfect career as an operative for the Company. Her next assignment should have been another "mission accomplished", but hell was delivering hand baskets that day.

When a little girl gives a mysterious silver box to Gerry, her world self-destructs. Suddenly under constant mental attacks, the only person who can save her is her partner, Nicky--but nothing comes without a cost. Secrets buried deep in the past begin to rise, threatening everything she holds dear.

Excerpt 6
A few paces and he stopped a moment to admire the airplane waiting for them on the ramp. It was an older model Cessna 172, not painted white as most planes were but sporting its original polished silver skin. The accent stripes were gold and resembled what Nicky had seen in old aviation books. LaGrone hadn’t said, but he knew it was probably a late 1950s model because it had the straight tail feature that phased out of that model just a year or so into the ‘60s.
Gerry touched his shoulder to get his attention. “What’s wrong?”
He laughed at his own sentimentality and shook his head. “Nothing. She’s just a beautiful plane is all.”
LaGrone told him he’d done a walk-around inspection for him already, but there were some things Nicky didn’t compromise on. He sensed Gerry watching him as he started at the nose and worked his way around the entire plane, examining the prop, the wings, the tail and other mechanical workings before opening the door to get inside.
He took several moments to familiarize himself with the gauges and knobs in the cockpit, then hooked up the GPS. After connecting the two sets of headphones – provided by LaGrone for another extra fee – he turned to hand a pair to Gerry. He noticed she had buckled her seatbelt and harness so tightly that it looked like the straps would sever her into pieces.
He reached across to loosen them so she would be allowed to breath, then he helped her place the headphones on her head. Pulling the master switch to power up the electronics, he adjusted the mic on his headphones and turned to her. “Can you hear me?”
She just nodded, her face pale and her eyes wide.
“Baby, I need you to answer me so I’ll know your mic works.”
Her hand flew to the arm of the microphone extending from the headphones and she pulled it to her mouth. “Okay?”
“Yeah,” he grinned, patting her knee. “Okay. I hear you loud and clear.”
Turning his mouth toward the pilot-side door, he lowered his mic and called out “Clear prop!” to warn any people in the vicinity that he was about to start the engine.

When Olivia Hardin began having strange movie-like dreams in her teens, she had no choice but to begin putting them to paper.  Before long the writing bug had her and she knew she wanted to be a published author.  Several rejections plus a little bit of life later, and she was temporarily “cured” of the urge to write.  That is until she met a group of talented and fabulous writers who gave her the direction and encouragement she needed to get lost in the words again.

Olivia’s attended three different universities over the years.  She toyed with majors in Computer Technology, English, History and Geology until one day she heard the term road scholar and she knew that was what she wanted to be.  Now she “studies” anything and everything just for the joy of learning.   She's also an insatiable crafter who only completes about 1 out of 5 projects, a jogger who hates to run, and she’s sometimes accused of being artistic.

A native Texas girl, Olivia lives in the beautiful Lone Star state with her husband, Danny and their puppy, Bonnie.

Connect with Olivia and Get information about releases, contests, news and more here:

http://www.facebook.com/oliviahardin
Posted by Unknown at 1:24 AM