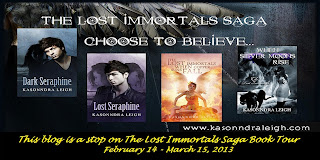 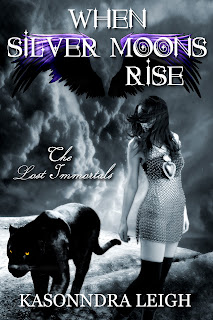 Summary
Facing an unstable future, Chela Prizeon leaves Castle Hayne and crosses over to enemy territory in pursuit of Faris--the boy of royal blood who is cursed by a bitter rival. But soon Chela learns that he has been taken deep into the treacherous frozen prisons--a majestic, but deadly place where people enter and are never seen again. To find the boy she loves, Chela must join forces with one of her greatest enemies. And even though she pulls strength from the good in her powers, she finds herself drawn to the dark side's temptation as well.

Narrated from both Chela's and Faris's point of view, this enchanting sequel to When Copper Suns Fall will take them on a voyage into unknown lands, where the dark, twisted, and revengeful wait to make this their most dangerous journey ever.


Where do I start with this awesome second book to the “Lost Immortals” series? It had action, some twists and turns and I started to like a person I never thought I would like. Damn Seth for having a good side with his bad boy attitude!

The author knows how to write her plots. I loved every moment of it and I wasn’t bored not once throughout this story. While Chela is in search for Faris, things happen which cause her to split up with her friends. When she gets into trouble, she's saved unexpectedly by Seth. Hello! Seth actually saving someone! Faris is trapped, and while he’s tormented you get to read about his past. You learn more about his sister Asa and even more about Seth. The past explains also how the three of them first get their curses. What makes this book even more interesting is the fact that now people with angel in them, which are being captured and drained of their blood. This makes it a lot worse for our gang and hoping everyone turns out find in the end is what you hope for till the very end of this book.

Chela is just as strong as ever. She never backs down from a fight, and she always stands up for herself and what she believes in. Even when she doesn’t want to stand up for someone, she does it anyways because it’s the right thing to do. We don’t see much of her powers in this book, but by the end of the book something happens and she gets a all new strange power. What surprises me most is her reaction towards Seth. Sure she’s weary of him, but that doesn’t last long and I feel that there is something between the two. I know that she loves Faris, but I just don’t know with how this book will end. Chela’s mind is a mystery and I do hope it gets more interesting in the next few books.

Don’t mind me if I say that Seth has gotten so much more appealing in this book then in the last. He has a bad boy attitude, willing to hurt people without caring. This book shows his his more intimate moments and other emotions. Chela is the one that brings this positivity from him. What I would give to be with a guy like him and calm his damage heart. I always end up falling for the second guy of any book and I can’t wait to see more of his and Chela’s adventure together, with Faris in the mix!

Faris spent most of his time in this book locked up. I couldn’t believe how strong he is. His strength comes from wanting to reunite with Chela, and I think this is romantic. I still don’t understand why he’s so scared of his beast self. Twice now he has turned into his beast form around Chela and NOT ONCE HAS HE HURT HER. Sure, she’s standing right there and could have told him that, but in this rare moment of her not asserting her views, he continues to think his beast form is bad. If anything, I just want to go up to him in his beast form and lay against him petting him. That’s how cute I find him, not scary in my eyes at all.
Rating
4 out of 5 Howling Wolves

Giveaway
Okay, now on to the giveaway! There will be two winners for the entire tour (One Domestic and One International) along with the bloggers who have the winning entry. Here are the details on the prizes!

1) Signed copies of Dark Seraphine and Lost Immortals Book One! (Domestic winner only)

4) Surprise gifts for the blogger(s) who has the winning entry.
5) Digital music from the Glitch Mob 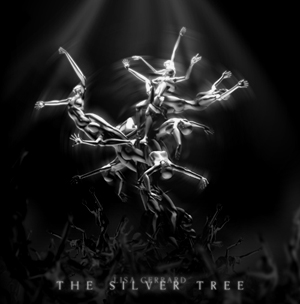 USA Only Giveaway a Rafflecopter giveaway


International Giveaway
a Rafflecopter giveaway
Posted by Unknown at 1:28 AM