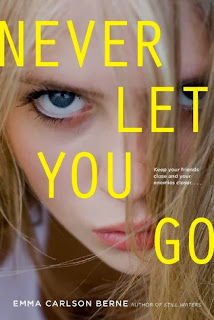 Summary
Megan never meant to hurt her best friend, Anna. She made a mistake, and she's spent all year trying to regain Anna's trust. So when Anna invites her to spend the summer on her uncle's farm, Megan is excited and relieved. The past is finally behind them.

On the farm, Anna quickly falls for Jordan, a rugged summer-hand. Megan and Jordan have their own spark, but Megan's betrayed Anna once before and she's not about to do it again.

Still, the more time that Megan and Jordan spend together, the harder it is to deny their chemistry. But Anna doesn't like to be ignored and she doesn't forgive and forget. What started out as the perfect summer is about to take a very dark turn...

ReviewI have never read anything like this before and I have got to say it was pretty good. The novel has some weak points, which involve its low amounts of tension builders and scary scenes, along with very predictable moments, it does make up these points through the well given image of the farm. The characters do give me trouble as they have personalities that I, personally, have problems with.

Anna is an outright brat that just drives me up the wall. She always tears down her friend, Megan. As you read the story, she is found making fun of her and treating her badly, while Megan just wants everything to be right with each other. You can just tell that there is something wrong with Anna. Now with Megan, my problem with her is that she is too weak. Megan is too much of a teenager with a strong soft side, which is shown through her actions of never standing up for herself and just takes the abuse given to her by Anna. Her character does have good points, as she does digs deep down into herself to manifest all the courage she has to protect those she cares for and the farm. Megan is just a character that most boys would love.

The novel has a slow start before reaching the more interesting parts and the ending is a shocker; which does make me wish there was more. “Never let you go” is really an intriguing young adult novel, and I can say, without a doubt, that I will definitely look into reading more books written by this writer.

Rating
3.5 out of 5 Howling Wolves and Design