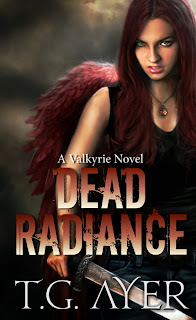 Bryn Halbrook had always seen the glow. But it is only when her best friend dies that she discovers the meaning of those beautiful golden auras - Death. Alone, lost in the foster system, she struggles to understand who she is and why she was cursed with the ability to see the soon-to-be-dead.

The new foster kid, Aidan, isn't helping any. Mr. Perfect seems to fit in no matter what, making her feel even more pathetic. But when his affections turn to her, Bryn finds him hard to resist. Impossible actually. A mystery himself, Aidan disappears, leaving behind a broken heart and a mysterious book that suggests Bryn might not be entirely human. Bryn stands at the threshold of a journey of discovery. Will destiny help her find herself, find her purpose and her place in a world in which she'd never belonged? 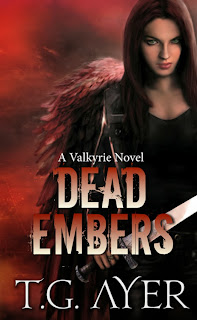 Summary
Valkyrie-in-training Bryn Halbrook just can't catch a break. With her boyfriend stuck in Hel and the taunting laughter of Loki still ringing in her ears, she struggles to concentrate on her training and duties in Odin's realm. The last thing she expects or wants is more adventure—but then treachery, a shocking abduction and a chilling discovery send her forth on another perilous, globe-hopping mission.

As the ultimate battle, Ragnarok, draws closer, it's a race against time for Bryn, Fenrir and their team to discover who kidnapped her foster brother from the halls of Asgard and what's causing the mysterious deaths of so many of Odin's chosen warriors.

In the exciting sequel to DEAD RADIANCE, Bryn encounters dwarfs and dragons, new friends and old foes—but the worst enemy of all may be the person she trusts most! 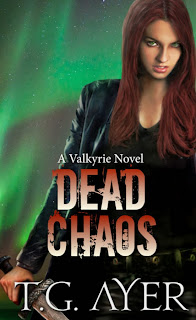 Struggling to accept the loss of her wings, Bryn's not sure if she can be a real Valkyrie anymore. But when a mysterious prophecy claims she will be the reason the All-Father dies, she is determined to ensure the prediction will not come to pass.

A visit to the three fates who live beneath the great Tree of life, sends Bryn racing against time to find the missing Heimdall and his horn. As Odin's life hangs in the balance and Ragnarok draws ever closer, Bryn has to find a way to save Heimdall and Odin before she can discover the truth about who she really is.

In the thrilling conclusion of the Valkyrie series Bryn must battle not only the formidable frost giants and the hated God Loki, but she must also find a balance between what she will lose and what she will gain.

What books did you love growing up?
Nancy Drew, Trixie Belden and the Hardy Boys of course; Anne of Green Gables, Little Women, The Lord of the Rings Series.

Who is your favorite author?
It’s a tie- Stephen King, Dean Koontz and Marion Zimmer Bradley

What book genre of books do you adore?
Paranormal, fantasy and horror but I read everything – as long as the book holds my attention for the first ten pages I’ll read it.

How do you write – lap top, pen, paper, in bed, at a desk?
It depends on where I am and what I have available. If I’m caught out its pen and notebook that I always have in my handbag. Mostly its my PC during the day, and my iPad at night if I’m writing in bed. If I do get away for the weekend or am away from the house for a few days it’s the laptop.

How often do you write? And when do you write?
I try to write every day. I think creativity in writing is like a muscle and if you stop using it it tends to get lazy. I try to do 3k a day and sometimes when I do want to push I do 5k a day. It’s a rush and can sometimes get crazy if I have edits happening at the same time but I love it more so because I hate the feeling when I can barely write 500 words in a day. Then I feel a little useless because I know I can do more.
I usually write first thing in the morning until lunchtime and sometimes I may come back to write a little more late at night when the household is asleep.

Do you find the time to read?
As a writer you must find time to read. I think reading is inspiration and most writers need the creative input of reading to boost their own creativity. At least it works that way for me. I find I’m most prolific in terms of plotting and writing when I make the time to read.

What inspires you to write and why?
Everything inspires me, especially people and culture. I’ve always been fascinated with the way the mind works so that’s something that I question a lot when I’m working on a project.

What genre are you most comfortable writing?
Definitely paranormal/fantasy. I love mythology and fables. I love the mystery of the possibility of the impossible J

Who designed the cover?
My cover artist Eduardo Priego

Will you write others in this same genre?
Yes, definitely. I love writing YA and I especially love mythology. I already have a few stories to look at in terms of what’s next on my project list

Where do you see yourself in five years?
Hopefully still writing and still loving it as much as I do now.

What contributes to making a writer successful?
If you apply yourself, set your goals, write those books and don’t be afraid of hard work success is waiting for you. And working at you craft is so very important. Writers are learning all the time, be open to learning new ways, new styles, new tricks. If you are happy to continue learning and being a better writer then you are on your way. It’s just a matter of working hard and writing well.

What do you do to unwind and relax?
A glass of wine and a good book at the end of the day, or dinner and a movie with DH to make it more special

Do you have any special ways of handling/creating your world building?
I don't really. It depends on the book. For some I've done mind-maps like for the DarkWorld I sketched a map out of the different parts or levels of the world and where the creatures and characters, what their powers were etc. But it's mostly just how I feel the flow. For the Valkyrie and the Kali series, the world building was very dependent on the mythology I drew from which was good and bad in its own way- easier but slightly restrictive

What is the best thing about being a YA writer?
I'd have to say I don't see myself as only a YA author. I've written NA (Skin Deep, and Seals of Hades – still to be published), contemporary, horror, epic fantasy and psychological horror (all still to be published) and YA (Valkyrie and Kali series) so I will delve where the Muse takes me. That's probably the funnest thing for me- the ability to mess around in fantasy fiction and nobody can say you can or can't do that!
What is the worst thing about being a YA writer?

The worst thing I can see is there's so much to write, so many ideas and characters to get into manuscripts that it's sometimes hard to choose which one to get on to next! 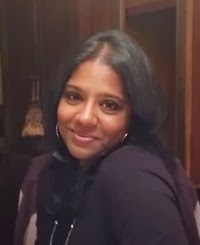 I have been a writer from the time I was old enough to recognise that reading was a doorway into my imagination. Poetry was my first foray into the art of the written word. Books were my best friends, my escape, my haven. I am essentially a recluse but this part of my personality is impossible to practise given I have two teenage daughters, who are actually my friends, my tea-makers, my confidantes… I am blessed with a husband who has left me for golf. It’s a fair trade as I have left him for writing. We are both passionate supporters of each other's loves – it works wonderfully…

My heart is currently broken in two. One half resides in South Africa where my old roots still remain, and my heart still longs for the endless beaches and the smell of moist soil after a summer downpour. My love for Ma Afrika will never fade. The other half of me has been transplanted to the Land of the Long White Cloud. The land of the Taniwha, beautiful Maraes, and volcanoes. The land of green, pure beauty that truly inspires. And because I am so torn between these two lands – I shall forever remain cross-eyed.


a Rafflecopter giveaway
Posted by Unknown at 10:08 PM