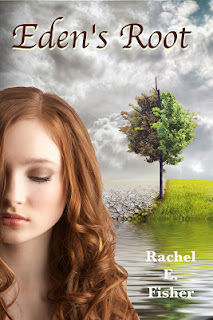 Summary
The year is 2033 and the world hovers on the edge of explosion as unexplained crop deaths lead to severe global food shortages. In the United States, the Sickness is taking lives slowly, creeping its way into every family. Fi Kelly has already faced the Sickness in her own family, toughening her beyond her years. But a shocking confession from her dying father will push her toughness to its absolute limits. Saddled with an impossible secret and the mission of saving her little sister, Fi sets out to transform herself into the warrior that she must become to survive the coming collapse. Along the way, she will discover that evil can be accidental and that love can be intentional.

From the beginning I wasn’t to sure I would ever start reading this book, but I did have it on my To-read list on Goodreads should I ever get the desire to read it. When the author came to me and asked me if I wanted to read and review this book, I was very excited. No other author has asked that of me before. I was happy to receive this copy to read. My only regret is not reading this book sooner!
The main character in this book is called “Fi”. It's her nickname, with only her father using her full name. I think it's a beautiful name, but no spoilers from me! She’s a strong character, and even as a 14-year-old girl she knows how to take care of her family from everything that is happening in the world. For months, Fi’s been training for the day the world goes to hell. She made sure she trained in how to use a gun and even a crossbow. She’s the leader of her group as they travel across the United States to reach Canada. On the way they pick up new people to add to their group, which they call “Family”. Each person Fi tells them that she is the leader and that they need to fallow under her rules so that they get to their destination safely.  Another important character would be Sean, which Fi has known for most of her life because of how close their parents are. She even mentions how Sean’s parents were like a second father and mother to her. Sean is a very smart person and knew right away that something was up with Fi and didn’t stop to second guess her when she told the truth about what was happening. He actually got to work with training with her. Though he isn’t much of a fighter, he did do his best at training and knows how to fend off people as well as he could. The family that she travels with is a mix of society. There is already quite a few when her and Sean escaped their town to head north but as they went they began to gather more people. I found it a little convenient that they first find a doctor, then a teacher for the little kids and later two kids who were good at outdoor survival and they were both Orienteering experts. With their help they got to Eden a lot easier. I just thought it was to covenant that they found these people, but anything to make the journey easier is a bonus. The last main character they meet is Asher. He carries around a sword, and is the only character to do so. You first meet him sometime in the middle of the story where he decided to stay in his city while many other people left. He was in charge of his own gang, since that was the only way to get by in a city. When he met up with Fi, the meeting didn’t go that well, but soon he joined their group, never looking back on his past with that city.
The romance in this book was strange but so very cute. Asher and Fi are cute together, although Asher is roughly 5 years older then Fi when they meet up. She’s 15 while he just turned 20. I guess in the old world this wouldn’t be right but in this world people have to grow up quickly. It’s cute how at first their just teasing each other before they tell each other their true feelings. Even at the end Asher surprises me by what he says to her. There was some happenings with Fi and Sean, Sean has always loved Fi but Fi only loved him as a sister/brother relationship. Every time he tries to show Fi his true feelings she would pull away. Then she starts to be with Asher and you can see how hurt Sean is and you know what Sean just accepts her feelings for Asher and moves on. This doesn’t make sense to me, how could someone give up his feelings for the girl he has loved for so long so fast? I guess he either really never loved her enough if he’s not willing to fight for her, or loved her so much that he was willing to let her go so she could be happy with another man.
What I liked about this book was how real this dystopian type life could be. It gets you thinking on what we’re doing to the plants and how they are so different from plants century’s ago. We don’t know that what we’re doing to the plants that could kill us, so this book has a very interesting point.  This plot was so interesting; I enjoyed every moment of it. From Fi becoming leader of a small group to a big group. Even having time to fall in love with someone and acting like a normal teenager for once gives some normal to the crazy world they are now living in. As well as to see how each character brings the story together so well.

This book was so well design, this is what caught my attention first when I saw this book. I didn’t know what it was about but I loved the cover so much I went and looked it up and I’m glad I did. The way this cover was design, captured the whole essence of the book. From half the picture looking all dried up and dead while the other half is living. Showing what is now and then. Then you have the girl in front which you know right away is Fi because of her hair color. The title of the book font was chosen well but the author’s name is a little hard to see where it’s located.


Overall
I love every moment of this book and if your interested in Dystopian novels I highly suggest you read this book it’s really good!