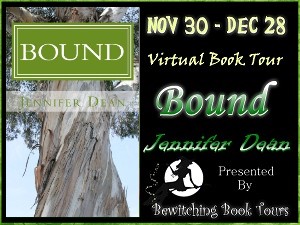 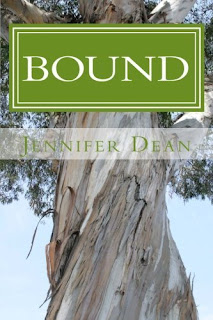 Summary
Once finally back in her hometown of Washington, North Carolina, seventeen year old Emma Morgan learns the simple life she knew has changed from the moment she meets the charmingly, bright-eyed Liam Alexander.


Her brother and best friend, Sean, doesn't approve. Only the more Emma tries to avoid Liam the more she finds him in her constant company. A risk that will expose his supernatural calling and both of their hearts. But what happens when Emma learns that Sean is the real one keeping secrets....

This is the end of chapter five, after a very intense scene.


Once I shut the door behind me, I felt as if the imaginary director had yelled “cut”, letting me finally involuntarily collapse to my knees. I closed my eyes, sitting on my heels with my hands resting on my thighs, slowly filtering in a shaky breath. What the hell just happened? I wanted to hear Sean’s voice to soothe me, but I didn’t have the strength to grab my phone from inside my purse, which I had thrown to the bed a moment before my collapse.


Suddenly I heard a knock at my door. Damn. I opened my eyes before my hands helped lift me back to my feet. I knew my mom would definitely question me if she found me on the floor like that. I breathed out two deep sighs in order to calm my expression before I was ready. Action, I thought.


The door opened, but it wasn’t my mother. It was Sean that peeked his head through the frame gap, before stepping inside my room and shutting the door behind him. I didn’t waste the time to rush him. I wrapped my arms underneath his as I laid my head to his chest. The instant warmth of his presence lifted me to a better place.


“I just got back and felt like I should stop by and see you.” I felt him gently pat the back of my hair comfortingly. “Is everything all right?”


“Make yourself appear right when I need you. But I’m glad that you do.”


I finally stepped back to look up at him. But now in the moment of truth, I knew that I couldn’t say anything. I couldn’t be the reason that Sean lost his friends. But I also knew that was what Ross and Nick were hoping on, and I wasn’t keeping quiet for their sake. I have to tell him. I opened my mouth, but still nothing came out. I curled my fingers into fists, looking for the courage to speak.


Sean narrowed his gaze with a prepared anger. “Freaked out by what?”


I gulped, not quite sure why this was so hard to say. I hadn’t even begun to wrap my head around Liam Alexander. “I forgot my purse, and when I went back for it the janitor was really creepy.” I rolled my eyes for dramatics with a small shrug. “But you know how my imagination can be.”


I sighed with the guilt weighing me down like lead. I’ll admit the janitor wasn’t going to be my friend but he didn’t deserve the persona I was building of him. I expected a lecture of any kind for being stupid enough to not bring a friend with me. I even welcomed it in order to serve as punishment for lying.


Instead Sean merely pulled his neck back to gaze at me with his brow lifted. “Are you sure that’s all?”


I nodded, maybe a little too much. It wasn’t as if he knew I was lying but more that I wasn’t telling the truth. Luckily he was choosing to ignore it, and I was grateful.


My eyes shifted to the floor with guilt.


“I know it sounds a bit childish, but would you stay until I fall asleep?”


I wasn’t sure how long it would take me to fall asleep, but I was glad Sean had stayed to do what he had always done best, protect me. Lucky for him, I would have no problem staying away from Liam Alexander now. I wasn’t even sure where to begin with Liam. My mind could barely decipher the idea of what I had seen, let alone how to articulate it into words.


There must be an explanation for it all, but for now I laid under the covers, moving to curl into Sean, with my head rested on the warmth of his chest. It was like sunshine that radiated around my body. The warmth on my skin was like that sensation of hot water from the shower on a cold day. Just being near him made me feel better.


There was a few seconds of silence where I felt like I could almost see his eyes shift away with a smile of accomplishment.


“Why now? Did something happen with him tonight?”


I shook my head, while my mind knew the opposite. “No, but that doesn’t matter. What matters is that I believe you. There is something strange about him.” I paused to exhale at the memory of tonight. “So, you don’t have to worry about him anymore.”


I thought of how different things would be if Sean had seen what I did. He would surely be even more protective of me. But if he had known, then it would be something he would have already told me.

Even if I knew how hypocritical I seemed by withholding what I had seen tonight.


I felt Sean’s light, comforting kiss on my scalp before he laid his head on top of my own. “Promise?”


I sighed into the warm silence crawling around the two of us. 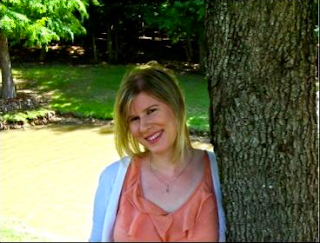 Jennifer lives in Dallas, Texas with her family. When not immersed in her writing, she is either engaged in a book or one of her favorite television shows.