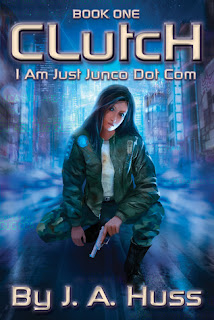 Summary
How long can you lie to yourself before it all comes apart?

In 2152 the avian race is on Earth looking for something stolen from them decades ago – their genetics. At the center of the search lies the Rural Republic; a small backwards farming country with high hopes of military domination and a penchant for illegal bioengineering.

19 year old Junco Coot is the daughter of the Rural Republic’s ranking commander. She’s the most foul-mouthed, wildly unpredictable and ruthless sniper the Rural Republic has ever trained. But when her father’s death sparks a trip into forbidden places, she triggers events that will change everything she knows to be true.

As an elite avian military officer, Tier’s mission is to destroy the bioengineering projects, kill Commander Coot’s daughter, and return home immediately. There’s just one problem. Junco isn’t who she claims to be.

With no one to trust, not even herself, Junco must confront the secrets of her past and accept her place in the future, or risk losing herself completely.

CONTENT WARNING The I Am Just Junco series is NOT YOUNG ADULT. This series contains foul language and graphic violence.

ASHUR: I am Just Junco is filled with guys, right? I mean, you got me – Ashur. I’m like the god of all avians with my smoldering green eyes and my hot good-looks-


TIER: Ashur, yer delusional. I’m the freaking star of these books. Me. Every one of them revolves around me.


ASHUR: Around you, maybe. But you know, I’m the hot dude in Fledge. So you get some page time in Clutch, pffft. She’s barely into you in that book. But me in Fledge? I’m rocking that book like a star, brother. You’re off in nether land. Outta sight, outta mind, right?


ISTEN: Ashur, you piker. Everyone knows I star in both Fledge and Flight. Tier, you might get Clutch, I’ll give you that. But that’s only because you made us stay on the freaking ship while you and Junco went gallivanting around the countryside looking for trouble. I’m the favorite, so get over yourselves!


TIER: Isten, I let ya be the favorite, remember that little deal? Let you. Be. The favorite.


ISTEN: Still works, though. You said it, I’m the favorite.


ASHUR: All right, get out of my guest post, will ya? I’m talking about me here, OK? When Junco goes insane and wants nothing to do with either of you, who does she still talk to? Me! That’s who! ME!


KUSH: Bahaha…you guys keep telling yourselves that! I’m the only one who-


TIER: Sorry, had to put Kush back in his place there for a second. Where was I?


GIDEON: You were saying how I’m Junco’s BFF. You birdbrains have no idea how high I am above your pathetic attempts to insert yourselves into her heart. She loves me best, always has and always will.


ASHUR: Ok, kids…there you have it. Junco loves me best and I—


TIER: Ashur’s indisposed at the moment. If ya want to really know who Junco loves best, just read Clutch. It’ll tell ya everything ya need to know about who rules her little psycho heart. (Me!)