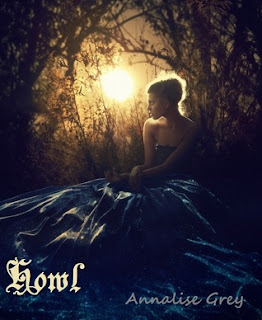 
Summery
Nineteen year old Sophie Matthews is a line-walker between two worlds - human and werewolf. She lives around humans but is never truly part of their world. That is, until she is spotted by a hiker.

What should have been a passing glance becomes so much more as Sophie falls for the one thing she is forbidden from ever having: a human mate.

Adding to her stress is newcomer Daniel, the arrogant wolf on Sophie's tail.

Then several humans are killed by a mysterious and dangerous beast within the pack's hunting grounds. The humans begin whispering of wolf-men roaming the forest and the threat of discovery looms heavy around the pack.

Everything is falling apart and Sophie realizes just how little control she has over her future.

Will she risk everything - her heart, her family, and her safety - for a chance to control her own fate?


I just love how this book was written. It's a whole new take on werewolf lore. In other werewolf stories, when the werewolf is injured, it heals almost right away. In this story, a werewolf heals slowly, as a normal human would. It's more identifiable. In this story, the werewolves are huge. They're described as being the size of a human man, not the size of a normal wolf. I love how the author describes her wolves, I can see them as real creatures, not just creatures of legend. It's so beautifully written I just couldn't stop reading 'Howl' once I started.
Most of the main characters in this book members of a werewolf family. The primary main character is Sophie. She is a shy girl who follows everything her family tells her to do. Since she's not an Alpha nor Beta she can't disobey orders from her brother Gavin, who is Alpha. Despite the rules though she breaks one important rule; never fall in love with a human. The human she falls in love with is named Jaime, and he works for her brother Thomas in a research center. She felt a connection to him right away. (It should be noted that 'bonding' is a common theme with most modern werewolf stories.) Right when she touched him she felt like she wanted to be with him, despite the rules. Jaime felt the same way, even when he knew nothing of who she really was, and he asks her out on a date. Her family knew nothing of this relationship until her twin brother Tristain starts to suspect something was wrong with his sister. It wasn't long before more people found out about the relationship.  Sophie was told that she either she picked to be with Jaime or she picked he family because Sophie was told that she either she has to pick to be with Jaime or her family. She can not have both. Jamie is a great human, as he loves nature and wants to protect it. He even stayed by Sophie's side when she told him that her family can't know about them, despite his own hurt. He did everything he could to make her happy and he still wants to be with her even if they were forbidden to see each other. (Can anyone else say 'Werewolf Romeo and Juliet'?) All he cared about was being with Sophie.
In this book you also meet the rest of Sophie's large family. They all have the same views on how they see humans as threats and they can't be with them or date them.  As for Daniel, the werewolf love interest, I actually really loved how his character was in the story. He cared for Sophie, but has that passiveness that werewolves have when they want someone. He's described as being very sexy and hot. Sophie see's this, but she loves Jamie. It's sad when he was sent away, but I hope he comes back soon.
The romance in this is really fast, but there is a lot of gaps between happenings in this book. Sophie has (non-graphic) sex with Jamie very quickly into the book. I don't mind the fast intimacy, but as I read 'Howl' I find myself wanting them to be together. Her family forbids it, but I want it! It really is a werewolf Romeo and Juliet.
The plot of this book is great. You learn a lot about Sophie's family and how her pack works. For example, the women always give birth to more then one baby at a time. The twin bond that the babies have in turn strengthens the bonds between the pack members. When there is only one baby, it makes the pack slowly fall apart. Then you have Sophie falling in love with a human while another werewolf want to take her as a mate. The real plot line starts up in the middle of the book when people start dying in the forests around Sophie's pack.  The pack is trying to figure out who is killing these people, and but an accident ends up tearing it apart. Just an overall great plot to a great story! It really shows how important family bonds are, but how sometimes you have to break away from family values to find your own path.
Design 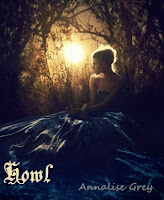 The design to this book is a bit boring. The stock image is pretty, but the overall feel and look of the cover inspires the idea of a passionate, gothic romance. I wouldn't look at this cover in the book store if I came across it. What I would do though is find a better title font for the book and make it stretch across the whole book cover. The author's name would then go under the title of the book, and have a closer look at the model then have her far away. This way it will capture more people's attention. Right now, it looks more like an art book that artists like Victoria Frances would release.

Overall
I do love this book, especially the ending I can't wait to read more of this series. I do recommend this book to anyone who loves to read werewolf books.