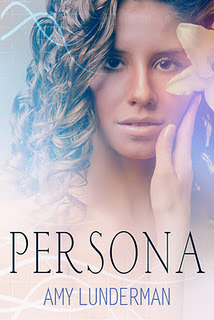 
Summary
It’s the year 2028 and an experiment that went wrong seventeen years ago sends the world in lock-down from these genetic mutations. Sixteen-year-old Moira Warner knows only fear and secrecy, but that's understandable given she spent her toddler years in a lab. Why? Because she is one of them. Now she barely gets by with hiding her true self. That doesn't mean that she's averse to breaking a rule or two.

But when her curiosity gets the better of her at a new school, she lets loose with popular jock Spencer, and realizes she's been a fool to believe that she could be anything other than what she is; a monster. Before she can confide in anyone for help, her little slip up brings in the authority's and now her secret is out. The horrific memories of her past returns and with it the man that ruined her childhood.

With the help from someone she would have never thought and a group of unlikely accomplices, she must come face to face with her past. A past she would rather forget. Moira now becomes obsessed with getting her questions answered, and Liam is the only one who can provide the information she needs. But in her drive to find the truth, will Moira push her new friends to far, forcing her to leave her family, and the identity that she's shaped? This sends her on a journey to find out what she really is and along the way she just might find herself in the process. Maybe even love, if she's not too busy running and trying to blend in.

But can you really blend in if your hair, eyes, and other things change when you lose control?

Let's hope for Moria's sake she can, because if she can't she'll lose everything, and not just her life.

My Thoughts on Book
I gotta say I really loved this book, seeing the background to how the werewolf disease got out was seriously great. It drew me in right away and made me want to keep reading. The only problem I had with it was many spelling mistakes and lots of words that weren't needed in the sentence or a sentence not needed in reading this. Besides that I really loved this book, I first got it in dec 2011 and wanting to read something new I looked through my ebooks and picked this out. Then I notice that there was a updated version so I began to read the updated version which I'm happy that I picked it up.  This isn't like your normal werewolf stories, they don't turn into beasts or wolves for that matter. They do however have their hair change color, there eyes change color and then their claws and teeth change. This makes for a whole knew take on the werewolf story.

The characters in this book are so very interesting that you love how they interact together. Moira is a girl hiding her true self. For the last few years she's been hiding the fact that she wasn't human. She made sure she was careful in not showing her persona to people until a incident at school caused her to accidentally show it. She's thankful though for her friends that were there because with out them her problems would have gotten a lot worse but they saved her, that's how much they loved her as a friend even though they only knew her for a few months. Liam is new to the school only a few weeks after Moria moves to the school. He acts like a bad boy when Moria first meets him and always stays in the side lines being quite. Moria and him always seem to react to each other but they don't know why until near the end but even then they aren't 100% sure. Raven and Daisy are Moria's closes girl friends, they help Moria when ever she's down and tells her how she can trust them. These two if they weren't there I'm pretty sure Moria would be lonely with the guys that are around her so I'm glad these two characters are there. Then there is Ray and Marty, Ray is a great guy and loves to joke around and gets hit for it. He starts to be with Daisy while everything bad is happening around them giving a small sense of normalcy around Moria's crumbling world. Marty though is Moria's best friend, she cares alot about him and is like a rock to her. Marty is serious in his feelings for Moria and he loves to be with her and makes her feel better even when she wants to cry. He would do anything for Moria but gets hurt because he learns how Moria doesn't have the same feelings as he does for her, but then Moria doesn't know her own feelings herself.
There is Romance in this book but you will be a bit disappointment. The first guy Moria falls for she thought liked her but didn't turn out that way. Then she has confused feelings between Liam and Marty. She doesn't know if what she feels for Marty is love or just really good friendship. Then with Liam their attraction towards each other has a lot to do with their persona and how it creates a scent that causes there persona's to react strongly. I just hope in the second book she sorts through these feelings and pick a guy. Who I'm hoping it's Marty, I just love him so much.
The plot is just so great! I loved every moment for it. It tells of the story of Moria and how a scientist is obsesses with wanting to have her. She doesn't know why she's so special but doesn't want to be anywhere near that man. She comes to meet her friends and a strange boy who has connections to Marshall Black who was the one who escaped and started to spread the werewolf disease called MBS.  Though people don't call it that, they use the term Persona when they start to change. Everything about this makes a great story not to mention a strong main character and even love interests.

Let me say this first, what the fuck does the first image have to do with anything about the book. It's so damn ugly and not really eye catching that I can't believe it was passed for a book cover for a while. That's the cover I originally had when I first read this book. Only recently did I see the update to the style and I'm happy with the new design it's so pretty and eye catching. I like the way the title is placed at the bottom in caps it makes it stand out along with the authors name beside the flowing line stokes under them. I do love the new cover and I'm glad the author update the look of it.
Overall
I do recommend this book if you love reading and love a new twist to the werewolf stories. Also if you don't mind the many grammatical errors in this book then you should diffidently read this book!
I got one question though...I bought the other two books for this series before the relaunch...does that mean they are useless now or will they be updated in my library too?
Rating
4 out of 5 Howling Wolves