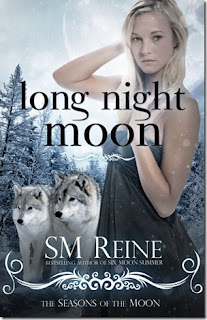 
Summary
Something is killing innocent people around Rylie Gresham's town. The police think it's a wild animal, but she has other suspicions. There are new kids at school, and they have a lot in common with her: gold eyes, super strength, and a habit of turning furry. It seems Rylie's not the only werewolf around anymore.

It's up to Rylie and her werewolf-hunting boyfriend, Seth, to stop the killings. But saving lives doesn't come naturally to a monster, and territory battles could risk the life of her sickly aunt--not to mention her own. Rylie has no choice but to stand her ground, protect her home, and stop the murderers before anyone else gets hurt.

My Thoughts on the book
Already on the third book of this series and I can't get tired of it. Sure the books are short and not very long and sometimes ends off fast but I do love the series. This book is just as good as the last two of the series. The last book was thrilling and full of surprises this book was even more surprising. It leaves you guessing throughout the book and you don't know whats what till the very end.

The characters are all the same in this novel as it was in the first two. You get to see more of her and Seth and even more of Abel. which let me tell you I'm falling for his bad boy approach on things. He's more of a wolf in this book then the last, he wants to hunt down the new werewolves even if they are human. He even develops a interest in Rylie which I'm starting to seriously like just because I always fall for the second guy in books for some reason. Then there is the fact that even if he is scared he still sounds and acts sexy. The new werewolves are name Levi and Bekah they moved to town because they heard of Rylie. Not much is said about the two new wolves but I'm guessing we will learn more about them in the next book. Though right away you know that these two couldn't be the ones killing people. You also learn that Tate Rylie's school friend is gay and I had a major giggling fit when I learn of this, not to mention it's with Levi. I do wish there was more about those two but it was only like, oh they're gay okay. If only there was kissing I would have went crazy even more but the story is focus on Rylie so not much can be shown.

The romance in this book is very cute and much more then the last two books which I love. Seth and Rylie had a big make out scene which I was craving since the first book. Let me say this, I wish it continued and didn't stop the way it did but then Rylie still has to learn to control her wolf side. There is a small Abel and Rylie moments that got me to like Abel and her being together but who knows how it's going to go in the next book. Which is going to be very interesting after the way this book ending.

This book had some crazy moments with the way they described Rylie changing. To how was doing the killing, to the new wolves in town. From the start to the end everything drawn you into the main story plot. The fact that they don't know's killing the towns people you keep guessing till the very end. Then you wish that didn't happen because now everyone is split up. It's crazy, exciting and full of action. The moments you see where Rylie tries to act normal, trying to be human is sad because she's fighting with her inner werewolf. She wants to go to the school dance to be with Seth as a normal girl but she can't not with her werewolf side wanting to break out.

Another great cover design, I love how there there is always wolves in the covers. It's just so pretty then to see Rylie on the cover in a dress just gives hits to the book so much. I love how pretty Rylie is and I love to see that it's winter in the background with the two wolves there. Everything is just beautiful then there is the flourishes at the bottom under the author's name adding to the beautiful piece. The title is all in lower case and dark standing out against the background image but not so much as the take away from the overall look and feel of the book.


Overall
I love this book series, I highly recommend it if you love werewolf books. They are short but not to much to leave you hanging.