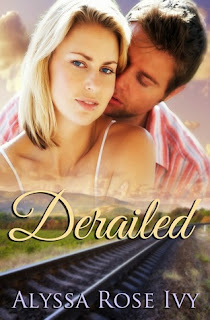 When you're lost, sometimes the only place you can go is home.

Broken over the death of her fiancé, Molly leaves law school to return to her childhood home in North Carolina. Expecting to lay low until she can figure out what else to do with her life, she finds herself in the arms of her high school sweetheart, the boy who represents everything from the past she tried to leave behind.

Looking for an escape, she instead finds a way back to the girl she almost forgot existed and a future she never dreamed possible.

I quite enjoyed this book, it had its moments where I thought it wouldn’t go anywhere but I kept reading and I did like how the plot was. This story makes me think this is like something that could happen in real life. That’s how contemporary this book was as I read it.
The plot of this story centers on a girl named Molly who just returned to the place where she grew up. She’s someone whose trying escape a tragedy that had happen in Boston. Returning back to her hometown though has its own bad memories but she could deal with those more then she could in the city. There she runs into her ex high school boy friend Ben.  It’s a great plot but a little to predictable in some cases, though in other cases it surprises you. The ending was sweet and it couldn’t have ended any better then that.

Molly is the main character of this story. She is not your average strong heroine type in most books out there. She has to many loses that are close to her, which made her depress and want to run away from it all. She ran away once from the small town she tried to leave and she ran away a second time in Boston where she thought she could make a life for herself. I am proud of her by the end of the book where Ben helps her realize that nothing was her fault. I also like that she decides to stay with Ben this time.
Ben is a really sweet guy who still has strong feelings for Molly even after five long years. What surprises me most about him was his jealousy. I do find jealousy in guys attractive but he just went a bit overboard with driving away. At least he came back when he was calm to talk things over with Molly. He loves taking care of Molly and he would do anything to make her happy. Ben also helps Molly realize that she wasn’t the cause for the deaths in her life.
This romance thing is all over the place, first it’s basically friends with benefits, then it’s friends with benefits exclusive meaning they only see each other no one else. We all know how they will end up but it takes so long for Molly to give in it’s frustrating at times. Though it does get better by the ending and it’s really sweet and adorable how they end up together. 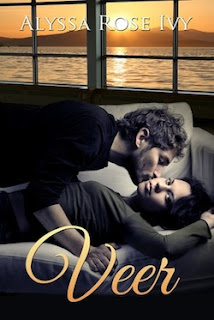 Only when you let go can you learn to live.

Between the death of her mother and pushing through law school without her best friend, it's been a tough year for Becca. Needing a break from Boston, she moves to a tiny coastal North Carolina town for a relaxing summer. After bumping heads repeatedly with a local cop, she realizes her summer will be anything but quiet.

Three years after a career ending injury ruins his chance to play Major League Baseball, Gavin has a distrust of northerners and lately girls in general. He wants nothing to do with a girl who is only in town for the summer.

When the two give in to their impossible attraction, they realize that they may just have found the key to freeing themselves from the ghosts of their pasts.