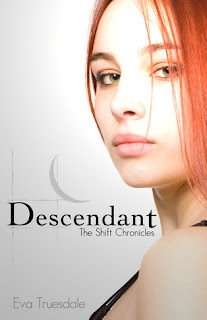 Summery
A Deadly Encounter...
A vicious werewolf attack leaves Alex infected, confused, and suddenly surrounded by strangers who all claim they want to help her. All she has to do is decide who to trust.

A Dangerous Boy...
Kael is infuriating. Arrogant. And entirely too hot for his own good. He also has secrets-- and a dark past that could turn her whole world upside down.

An Ancient Blood Pact...
The only thing keeping the human population safe from the shifters and lycans is the pact. The pact that Alex's grandfather initiated. The one that only she can break.

An Impossible Choice...
Breaking the pact means igniting war. Refusing to break it may mean losing the most important person in her life.

When the moment comes, on whose side will Alex stand? And how much will she be willing to sacrifice?


My Thoughts on the Book
I was really surprised by this book, despite the book not having any romance in it at all it was really good. I stayed up late to finish the book and didn't get to sleep till 4 in the morning, that's how much I was into this book. I just hope that the second book will be just as good as the first.

The characters are great, I don't see any flaw with them. Alex our main heroine is such a strong character, she doesn't let anything bother her. She's strong and knows how to deal with things on her own, not wanting to except help unless she really needs too. She would do anything for her sister and mother and that means to become something she never expect was real. Instead of taking the cure to stop her from becoming a werewolf she embraces the werewolf inside her so that she can help protect her family instead of being protected by someone else. Kael is sexy but that's beside the point, he's hard to get along with and he loves to be a smart ass and talks back to people. He's mostly a loner but does stay around his pack not leaving. Despite his bad personalty he does protect Alex and sometimes he's nice to her but other times he pushes her away. As for the side characters, they all do their parts well I love each of the side characters though I do fine Eli strange because he's describe as young but acts much older which I find so interesting.

There is no romance in this book but you did see some chemistry between Alex and Kael. You see how they love to annoy each other and how they love to get under each others skin. I just hope they get together in the next book and actually have some kissing scenes, that is if they can stop annoying each other long enough to get that far hehe.

The plot for this story is interesting and Alex is the center around the whole story. What makes this different from most werewolf books is that there is also lycans in this novel. lycans and Werewolves aren't the same, the difference is that lycans can't harm humans and they can't turn people into Werewolves. Werewolves can harm humans and can turn humans into Werewolves. The reason for this is that there was a curse put onto Lycans so that they couldn't hurt humans no more. The werewolves were created by by a lycan which you will learn more about in the book.
Cover Design

This cover is not very exciting nor is it very eye catching. From what I see it's boring and I probably wouldn't pick it up in a book store unless some part of the cover was shiny. Though besides the image the Title design is nice and simple and you can read it without no problem. The secondary title "The Shift Chronically" fits perfectly under the main title and it's faded gray look matches the moon which is found above the title. The author's name does fit well where it's located and it's not taking distracting you from the title or image.

Overall I do love this series and I'm excited to read the next book which is coming out in the spring. I do suggest for everyone to pick this book up when you have the chance, it's only .99cents on amazon.