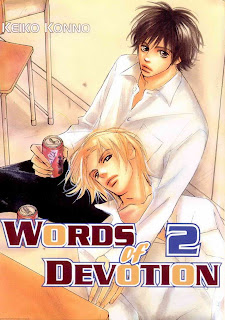 Genra: between Shonen-ai and Yaoi


Summery
After graduating from high school, best friends Tachibana and Otani decided to move-in together as more-than-friends. Although their feelings are very real, the secret nature of their relationship, and the words that have gone unsaid between them, leave room for doubt. When a chance encounter reintroduces the pair to Yuki, a former classmate, Otani becomes suspicious of Tachibana's close friendship with her. Will rumors from their high school days together spin Otani's insecurities out of control? Or could it be that Tachibana and Yuki r
e"}{ally have rekindled an old flame?

The characters are ackward from what i've read, they don't tell each other their feelings, they just go right into the relationship. The first volume your confuse as to who confess to who but you learn in the second volume they never confessed just went right into moving in with each other and acting as lovers. It looks like more like a friendship then anything else, gah they bug me so much in the first volume but they were so cute in the second one.

The plot was okay besides the confusing part. You learn in the second one that they were in highschool when they met and were friends. Otani that started to have feelings for Tachibana more so then their own girlfriends. They try stuff and soon they deside to live with each other which you learn about in the first volume. 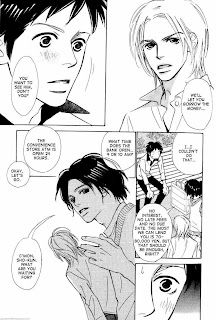 The drawings aren't all that bad, since it is from the early 2000's. The drawings back then are really simple but this manga there is detail in some panels and less in others. You can see their expressions on their faces but not a lot of variety. The character aren't really that cute either so that's the downside.

Overall
I wouldn't reccomend this book it's confusing and if your new to reading manga this wouldn't be a good thing for you to read.

Rating2 out of 5 Howling wolvesBecause the second volume made me become interested in it.