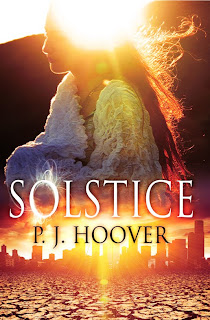 Summery
Where Mythology and Dystopia meet...

Piper’s world is dying. Global warming kills every living thing on Earth, and each day brings hotter temperatures and heat bubbles which threaten to destroy humanity. Amid this Global Heating Crisis, Piper lives with her mother who suffocates her more than the chaotic climate. When her mother is called away to meet the father Piper has been running from her entire life, Piper seizes an opportunity for freedom.


But when Piper discovers a world of mythology she never knew existed, she realizes her world is not the only one in crisis. While Gods battle for control of the Underworld, Piper's life spirals into turmoil, and she struggles to find answers to secrets kept from her since birth. And though she’s drawn to her classmate Shayne, he may be more than he claims. Piper has to choose whom she can trust and how she can save the people she loves even if it means the end of everything she’s ever known.


My Thoughts on the Book
This book I wasn't planning to read it any time soon, but my kobo messed up and poof here it is and I've read it. I knew it was going to be about Mythology, but what I didn't know is that it would be about Greek Myths and that the author would take it on a whole new level. A world going into a massive heating crises and the gods are the cause, with a twist as to who. I was so drawn into this book I even told my friend about it who loves Greek myths.

The Characters are so well written in the terms of the gods, my friend knew what god was which way before I learned it. The way the author describes Ares is hot but can't compare to the Ares on the left which is from the show Xena. He is so drool worthy, I had a major crush on him when Xena played on tv. To bad he died in a horse accident before the show was over.  Though believe me when I say the Ares in the book looks nothing like Ares in Xena but I can't help but let me imagination picture this sexy god on the left.


Anyways Piper the main heroin in the book is both strong but weak towards her mother. She wants to rebel but her mother is so smothering not letting her go out or even date. I hate her mother so much because of how she acts towards her daughter, not letting her breath with how close she hovers. Though you learn later why that's the case. Chole Piper's friend is annoying, she knows the dangers and ignores it. I couldn't stand her at the beginning and I still couldn't stand her at the end. For Hades I had to think hard on not picturing the guy from Xena. The way the author described him he is so hot, especially the eyes. It would be so cool to have his eyes!

The romance is really slow, she had to choose between two boys, which cause her to struggle to pick one. She had a connection with one but the other she felt drawn to him like she couldn't turn away. She had to realize who she is first before anything went further. Though when it does it's sweet and romantic and I would give anything to be in her shoes.

The plot was great, everything fitted well, the plot worked out for the best. Though I gotta say this book went further then I thought a young Adult book should go. A few times when they described Aphrodite, I was just so surprised, not to mention how there was also a penis described in it as well. I just believe it's a bit more then just a normal Young adult book with all the references. Doesn't mean I didn't enjoy it though, I'm just saying the way they described stuff is way beyond a normal YA book hehe!!.

I really do love this cover, the picture of the girl standing in front of a Sun is great. It shows how hot everything is in the background. Not to mention that it shows how the ground is cracked showing you that it is in a world where everything is dying. Even the title with the O glowing gives it a celestial look to it. The author's name also fits well underneath the book. I really do love how everything is design and I will differently pick it up in a book store if I see it.

Overall
I recommend this book to everyone whether you like Myths or not it's a great story with great characters. Just warning you the sexual descriptions is more then normal YA books.


Rating4 out of 5 Howling Wolves